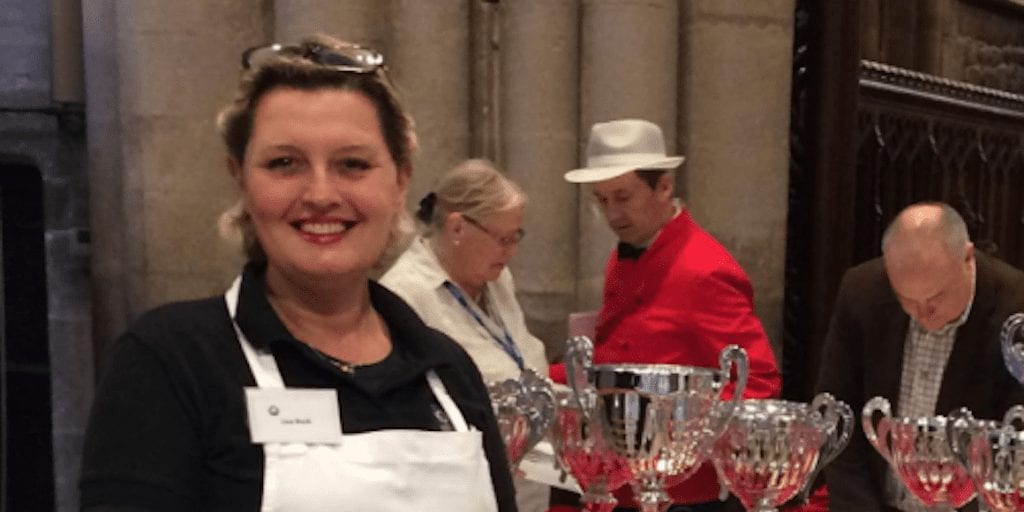 We’ve all seen the headlines ‘Vegan Pie Wins British Pie Awards’, but there is more of a story behind that.

I first entered the British Pie Awards in 2017 with my vegan Corn-Niche Pasty. I know the passion and pride that goes into every entry. Making sure it’s baked to perfection and tastes amazing.

I got to the front of the queue, I handed my pie to the official and he read the label and paused…

‘The Vegan Owl?’ he said, ‘not the sort of place you’d expect to find a vegan’.

I felt like an out of town cowboy walking into a western saloon bar. Without missing a beat, I replied ‘you’d be surprised, we get all over the place’.

So I set the intention to change the perception of plant-based food in the minds of the organisers of the awards and the people associated with it.

I kept in touch with the organisers and over the next two years, pestered them to include a Vegan Pie Class. Having won awards in the previous two years I had I kept asking and gently persuading.

Finally in January of this year, I made another call to the Chairman. This time, he said yes!

The call for vegan pie makers to assemble went out and, to the surprise of the organisers, it had the second highest amount of entries of all the classes. A whopping 68 entries, only nine behind the most popular class.

My class took up two large tables. Helping to set up on the Wednesday, I was overwhelmed with pride.

The judging day arrived and I was joined by nine other judges. The tasting and scrutinising commenced.

Deducting points based on the overall appearance, the bake, the evenness of the pastry and finally how it tastes.

The first pie to the table was simply stunning. The bake was perfect and the filling was sublime.

Butternut squash and sweet potatoes so delicately spiced that the flavours just kept on coming. I forgot myself and my surroundings and exclaimed ‘cor, that’s banging!’.

The three top scoring pies chosen from the 68 then went to be judged again in a closed room along with the top scorers from the other 22 classes.

No one was to find out who had won Class Champion from each of the classes until the awards lunch taking place on the Friday.

St Mary’s church in Melton Mowbray is the home of The British Pie Awards. Judging tables had been cleared away and reset with round dining tables, covered in crisp white cloths and set with eight placings.

The Church was draped in bunting and the setting was perfect. I took my place at the table, sitting beside Dr Mark Beeson, the official who I first met two years previous and who had started me on my mission with his words.

The class winners were announced and as sponsor, I had the honour of handing over the trophy. I was delighted that the winner of my class was the first one I had tasted. That gorgeous banger of a pie.

Feeling proud and relieved that it had been such a success, I sat back and relaxed and waited for the announcement of which pie had been awarded Over all winner.

When the big screen flicked into life and a paragraph taken from the judging sheet appeared, I quickly saw the words: vegan and pie.

The announcer’s voice got louder as he said ‘and the award for Supreme Champion and overall winner of The British Pie Awards 2019 is… Jon Thorner’s Vegan Pie’.

I can’t really tell you what happened next, but you’ll be able to see it when the documentary about the awards comes out later on BBC.

I know I stood up with my mouth wide open and my eyes even wider. I couldn’t believe it.

A Vegan Pie just won The British Pie Awards. I don’t mind admitting I cried like a baby. I was completely overwhelmed and shocked.

I finally sat back down after talking to news reporters about the win and congratulating the winners.

Still stunned I looked to my left at Mark who was looking back at me and laughing.

‘So Mark’ I said, ‘what you said about the British Pie Awards not being the place you’d expect to find a vegan?’.

Mark replied ‘it is now’.

What do you think of the vegan pie’s triumph? Tell us in the comments section below!