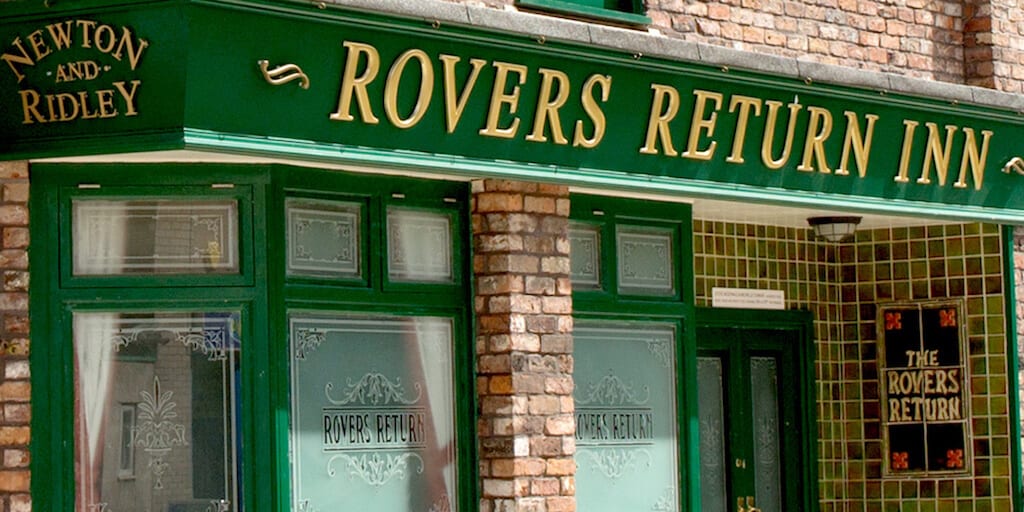 “Don’t tell Jack and Vera, but vegan foods and ‘Corrie’ would make the best match we’ve ever seen on TV!”

ITV’s soap Coronation Street has been urged to go vegan in order to guide viewers towards a climate-friendly future.

The request to ditch meat at Rover’s Return and Roy’s Rolls comes ahead of the show’s 60th anniversary on 9th December.

“Eating vegan can reduce our food related carbon emissions by up to 73%. Animal agriculture currently accounts for 14.5% of global greenhouse-gas emissions, while the 13 largest dairy companies in the world produce the same level of emissions as the entire United Kingdom.

“Since Corrie has always been a tastemaker, who better to guide us towards a climate-friendly future?”

In the letter, Allen also highlights that serving an all vegan fare aligns with the bosses ordering “Safety first” when Corrie resumed filming after lockdown.

“Around 75% of new infectious diseases (including COVID-19) stem from animals, and even before the current pandemic, we faced bird flu, swine flu, and other animal-borne illnesses,” she continued.

“Any time animals are crammed together in filthy, stressful conditions, deadly pathogens can emerge and spread.

“It’s time to say, “Ta-ra, chuck,” to unhygienic factory farms for everyone’s sake – especially the sentient animals who endure a lifetime of misery and a painful death for a fry-up.”

Heaping praise on Corrie’s production team for showing “ingenuity and creativity for 60 years,” Allen said: “Don’t tell Jack and Vera, but vegan foods and ‘Corrie’ would make the best match we’ve ever seen on TV! “

PETA’s letter comes after rival T.V show Eastenders, recently announced that it will soon serve meat-free meals at the Queen Vic and Kathy’s, on the advice of the show’s new eco-consultant hired to cut the show’s carbon emissions.

According to the team, the move will also help in reducing waste as vegetarian food can be re-heated if it goes cold on the set.

Share this story to let others know about PETA’s letter to Corrie.