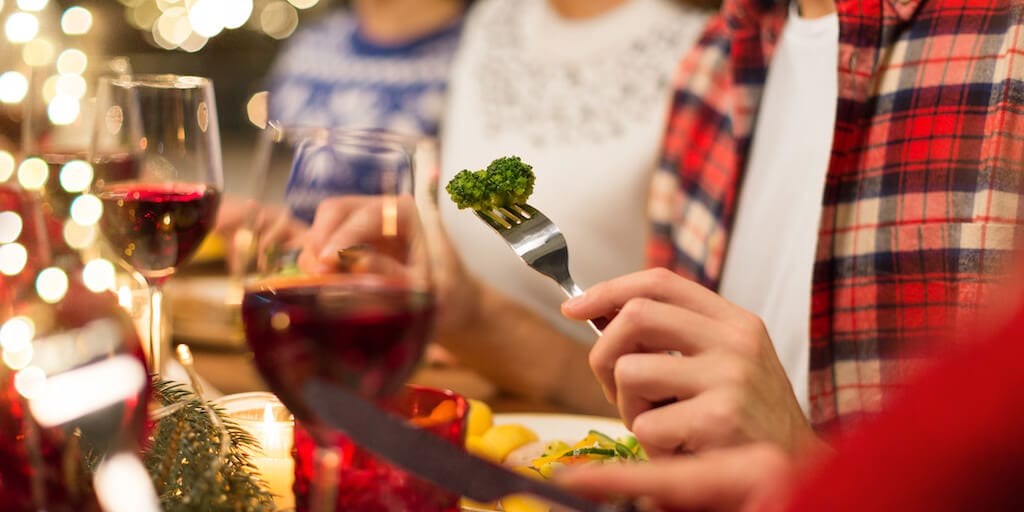 “Our survey results show people are increasingly willing to forgo their traditional Christmas foodie treats for healthier alternatives even when it makes cooking vegan for the whole family.”

1 in 5 Brits will serve an entirely vegan Christmas dinner this year, a poll reveals.

The survey has been conducted by cheese giant Applewood wherein it surveyed more than 2,000 participants. 20% of the respondents said they would purchase only vegan groceries to cook their Christmas dinner, if they had even one vegan guest on their list.

The poll also found that a whopping 74% stated they would be ‘looking at plant-based alternatives to cheese this Christmas’.

With health being a major concern during the pandemic, the results are indicative of the changing food landscape in the UK as more consumers are open to experimenting with meat alternatives and plant-based eating.

According to research, a vegan Christmas dinner is not only more animal friendly but also a better choice for the environment.

Lisa Harrison, Senior Brand Manager for Applewood® Vegan and Mexicana Vegan, said: “Research shows that vegans and vegetarians look set to make up a quarter of the British population in 2025, and eating a vegan diet could be the ‘single biggest way’ to reduce our environmental impact on Earth.

“But, we were surprised by our survey results that show people are increasingly willing to forgo their traditional Christmas foodie treats for healthier alternatives even when it makes cooking vegan for the whole family.”

Commenting on the rise in the demand for plant-based alternatives to cheese, the brand said sales of Applewood’s vegan cheeses have increased by 16 % month-over-month since July 2020.

online searches for “Applewood vegan” have also increased by 150 % since April- an ‘indication of how popular a vegan lifestyle is now’ and the increasing popularity of vegan cheese in the UK.

“It’s been a great year for Applewood Vegan. We had high hopes for the launch. In blind taste tests with vegans, conducted by Wirral Sensory Services, Applewood Vegan ticked all the boxes and scored significantly higher than other smoky cheese alternatives that are already on the market,” Harrison said.

“We are so proud of what has been achieved and to be a dairy company that is not shying away from the increasing demand for plant-based alternatives and making the bold decision to offer a vegan alternative for a well-known established cheese brand such as Applewood.”