Bryan Adams calls man “The most dangerous creature on earth” 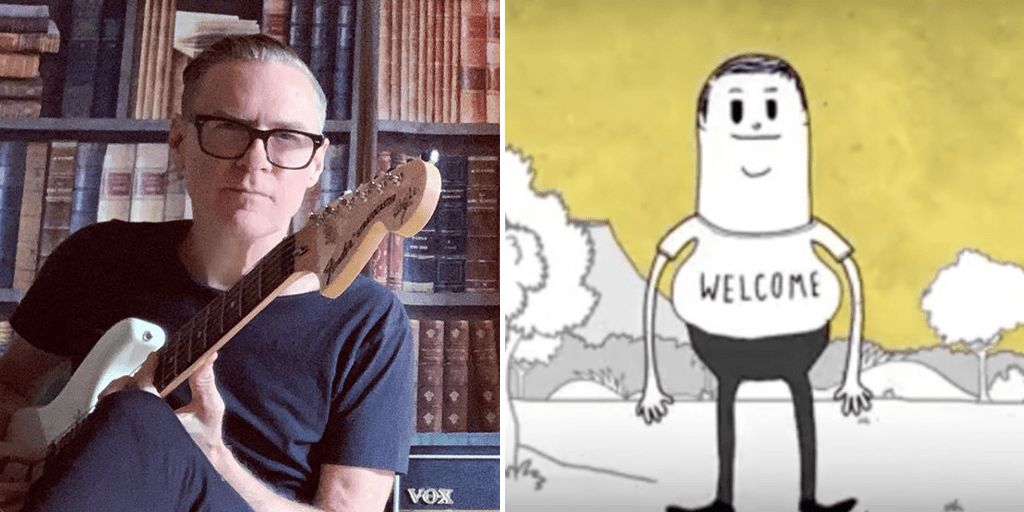 Vegan singer Bryan Adams has posted a powerful video on social media that shows how humans are killing animals for food, clothing, entertainment, and scientific purposes as well as destroying the planet for their selfish gains.

Through a video created by United Kingdom-based illustrator Steve Cuts, Bryan Adams has shared yet another compelling vegan message with his 736,000 Instagram followers.

The 3.30-minute graphic video captioned: “The most dangerous creature on earth,” shows an animated version of a human being wreaking havoc since his arrival on the Earth.

The man is seen plundering snakes for boots, fattening chickens for food, poaching elephants and other animals for ivory, skin, and entertainment and killing animals for various scientific experiments.

While the video highlights animal cruelty in the fashion, agriculture, factory farming, trophy hunting and animal testing industries, it also shows how man is poisoning oceans, destroying land for increased urbanization and reducing the planet to a huge landfill filled with toxins, waste and excessive pollution.

The video has been viewed 109,166 times since Monday and received several hard-hitting comments.

“Humans f*cking up the planet all in a short cartoon. We’ve really shot ourselves in the foot ?Shame on us ?,” commented another.

“Unfortunately we are really horrible beings,” added a third.

The Canadian singer regularly shares pro-vegan messages after adopting the lifestyle 30 years ago. In fact, he credits the plant-based lifestyle for his youthful countenance and excellent health.

In an interview with The Mirror, last December, he said: “I’d love to see a comparison photo of me if I hadn’t taken this path. My guess is I’d be a lot heavier and perhaps I’d have gone grey.

“Oddly, at 60, neither have happened, and I can only attribute that to what I’ve been ingesting.”

Prior to that, he posted a powerful message on social media accusing meat for destroying the planet.

Share this video with your colleagues, friends and family.