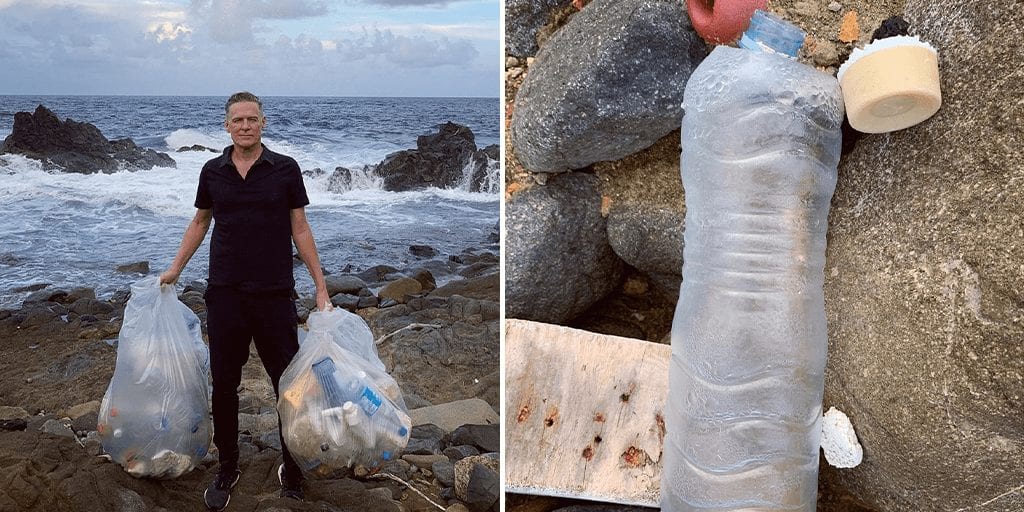 The legendary musician has participated in a beach clean up to drive the message home.

This week, Bryan Adams took to Instagram to encourage his fans to ‘make a healthy ocean a priority,’  in order to save the marine ecosystem.

The iconic singer, who ‘wanted to make himself useful’ recently volunteered for a beach clean drive and shared details of the event with his 813K followers.

Captioning an image of him holding 2 full bags of ocean trash he’d collected, Adams wrote: “Cove clean up. I might as well make myself useful until the day comes where musicians can go back to work.”

He also uploaded a video and several images of the beach littered with discarded items including slippers, bottles, cans and even a toothbrush, to highlight the extent humans are polluting the environment.

An estimated 11 million metric tons of plastic waste is dumped into the ocean annually, impacting more than 800 animal species. This plastic pollution poses serious problems to not only animals but also humans and the planet at large.

The plastic polymer discarded in oceans is non-degradable and only breaks down into microplastics, which enter the food chain as marine animals eat them. This plastic remains undigested in the animals’ gut and eventually ends up in humans.

Urging his followers to take action in making our oceans healthy again, Adams wrote: “In the meantime @oceanconservancy @ourocean is asking ocean lovers everywhere to #CleanOn to help make a healthy ocean a priority with the Save Our Seas 2.0 and the Break Free from Plastic Pollution Act.”

“Take action and write to your representative at WeCleanOn.org #savetheoceans #govegan.”

Non-profit organization Ocean Conservancy has been working with millions of volunteers of all ages, from all around the world to push for effective ocean policies, reduce plastics in the ocean and organize coastal cleanup drives.

The organization, with its multitude programs, has been making a positive difference for the ocean for over 40 years.

“We all have an opportunity to do something that makes the world a better place from wherever we are,” said Emily Woglom, Executive Vice President, Ocean Conservancy.