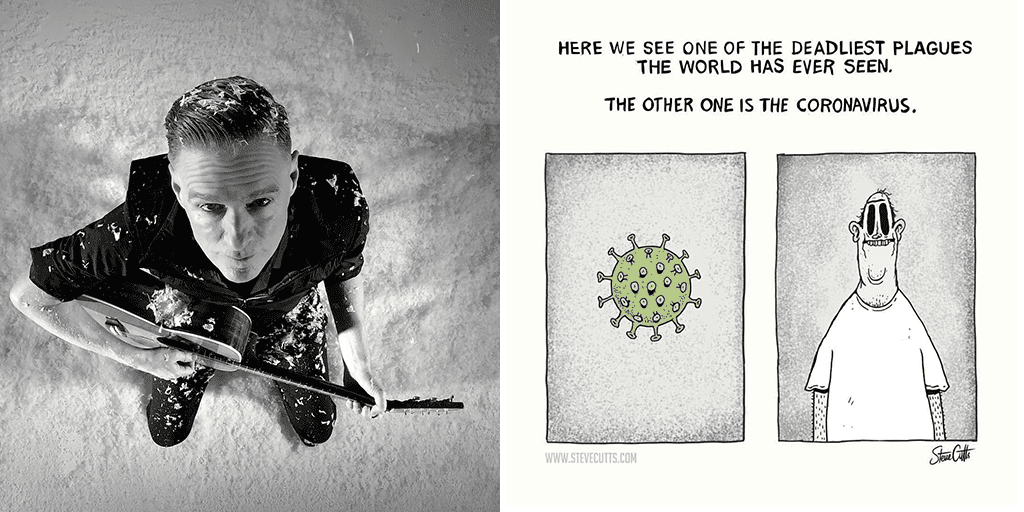 Bryan Adams has shared a post calling for wet markets to be closed in order to eliminate these disease breeding grounds for new viruses.

Last week, vegan singer Bryan Adams once again engaged his 744,000 Instagram followers to talk about the dangers of wet markets and the need for them to be completely shut down.

The coronavirus, which is reported to have started in a wet market in Wuhan has ravaged several countries around the world. According to latest figures, more than 1,287,168 people have tested positive and more than 70,530 have already died from the infection.

Adams shared an illustration created by United Kingdom-based illustrator Steve Cuts on his feed, which he captioned: “Let’s not forget this virus comes from an open wet market where animals and fish of all descriptions are sold together either dead or alive.

“This has been going on for decades and as a result, so have these viruses. #closewetmarkets. Here’s another brilliant one from Steve Cutts.  #covid_19 #govegan.”

The image, which draws a satirical comparison between man and the virus, reads: “Here we see one of the deadliest plagues the world has ever seen. The other one is the coronavirus.”

With the number of casualties spiking on a daily basis, White House COVID-19 pandemic expert, Dr. Anthony Fauci also called for all wet animal markets to be shut down completely.

In an interview on Fox & Friends, he said: “It boggles my mind how when we have so many diseases that emanate out of that unusual human-animal interface, that we don’t just shut it down.

“I don’t know what else has to happen to get us to appreciate that…because what we’re going through right now, is a direct result of that.”

Animal-rights organization PETA has even launched a petition urging the WHO to shut these markets across the globe to prevent future pandemics that originate from zoonotic infections.

Apart from speaking up for animal welfare, Adams regularly urges his followers to go vegan after adopting the lifestyle in 1989.

In a separate post shared last year, the star was seen wearing a shirt emblazoned with the slogan ‘Veganism for everybody’. Adams captioned the image: “Go vegan.”

PETA also advocates veganism stating that ‘the only truly sustainable and conscientious way to eat is vegan’.