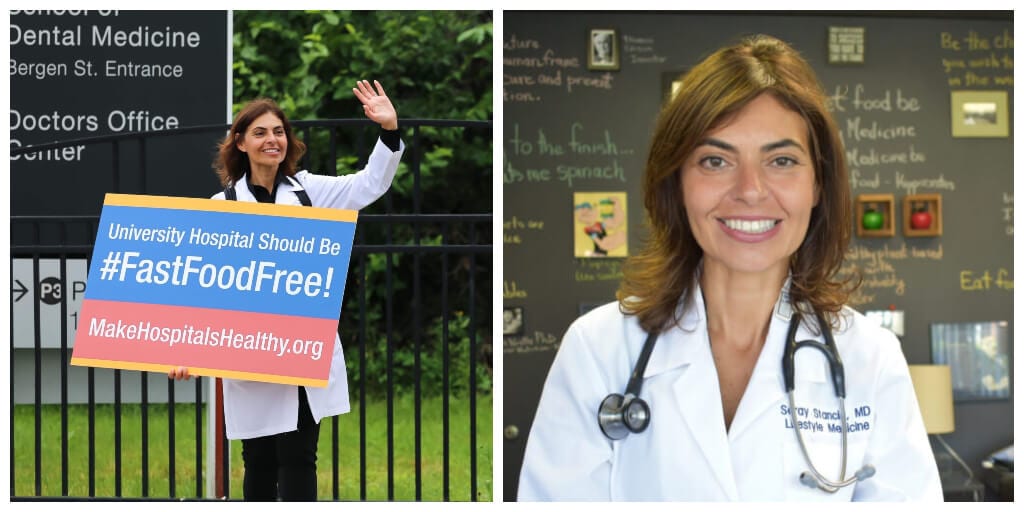 Doctors of a New Jersey University hospital have managed to close down a Burger King outlet following a successful campaign.

Hospital CEO, Shereef Elnehal, MD, confirmed that the Burger King at University Hospital in Newark has closed after operating on the premises for about 25 years.

Physicians Committee is a nonprofit that promotes preventive medicine, conducts clinical research, and encourages higher standards for ethics and effectiveness in research and medical training. It has more than 12,000 doctor members, including 495 in New Jersey.

The move followed Dr. Stancic and the Physicians Committee finding that Burger King’s contract with the hospital expires in 2021.

In 2019, Dr. Stancic and other health professionals not only confronted the fast-food chain over the unhealthy food it served in the hospital cafeteria but also initiated a petition that gathered 3,151 signatures.

Although there was internal dissent over the closing of Burger King’s restaurant, Dr. Stancic, urged the hospital to comply with the Healthy Food Options in Health Care Facilities policy issued by the American Medical Association (AMA).

The hospital ultimately chose to end the agreement with the fast-food chain rather than creating a new one or going to a month-to-month rental as allowed by the original contract.

“The departure of greasy fast food from University Hospital is a win for visitors, patients, and staff,” Dr. Stancic commented after the decision to remove the Burger King from the hospital cafeteria was confirmed.

“Several life-threatening conditions are linked to high-fat fare like bacon cheeseburgers. The hospital should provide tasty, plant-based options that can speed recovery as well as prevent and even reverse diabetes, heart disease, and high blood pressure.”

Although around 31 hospitals in the US still host fast-food outlets, several hospitals have gone fast food-free in recent years.

According to PCRM, 12 hospitals including Atlanta’s Grady Memorial Hospital, Indiana’s Riley Hospital for Children, Hollywood’s Memorial Regional Hospital, and Norton Children’s Hospital in Louisville have closed down their McDonald’s restaurants.

You can find out more about the Burger King controversy in Dr. Stancic’s book What’s Missing From Medicine and her documentary Code Blue.