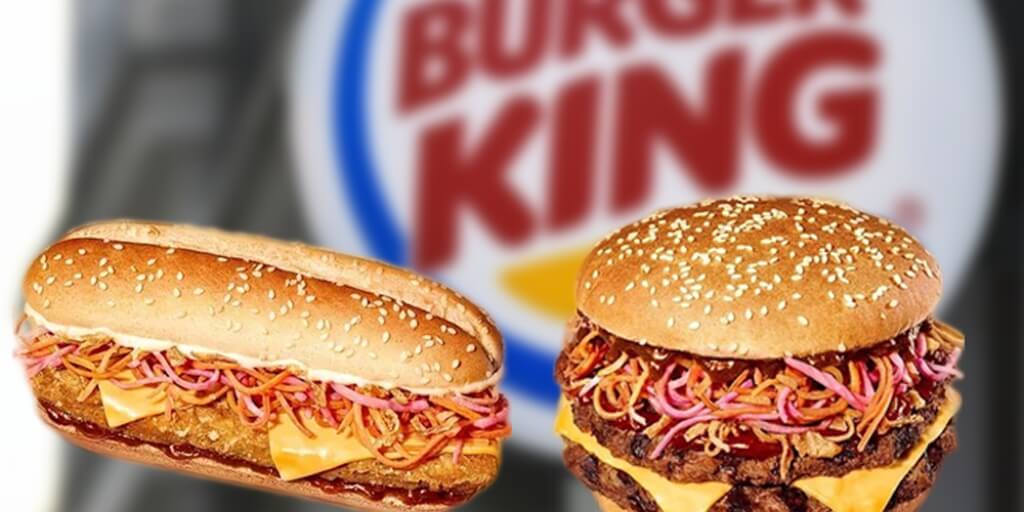 “We know Katsu curry is one of the nation’s favourite flavours, so we can’t wait for people to try these twists on our classic Whopper® and Royale.”

The katsu range is for a limited period only  and will be available in participating restaurants from 8th March until September 2022.

Both new burgers are served-up in golden vegan-friendly buns complete with a sprinkling of sesame seeds.

According to Burger King, the new Katsu burgers taste similar to traditional meat burgers. Furthermore, the vegan iterations cost the same as their meat-based counterparts.

Katie Evans from Burger King UK said in a statement: “We know Katsu curry is one of the nation’s favourite flavours, so we can’t wait for people to try these twists on our classic Whopper® and Royale.

Burger King has been steadily increasing its plant-based range amid soaring demand. Moreover, the new options are part of a strategy to make half of its menu meat-free by 2031 in line with its long-term commitment to reduce its carbon footprint.

Last year, the fast-food chain brought back its plant-based Rebel Whopper and launched a Vegan Society-certified Vegan Royale burger. In addition, it added vegan chicken nuggets made in collaboration with The Vegetarian Butcher.

Burger King has also launched a variety of plant-based burgers worldwide. Most recently, it added its plant-based products to its menu in 25 countries in Europe, the Middle East, and Africa with The Vegetarian Butcher.  The partnership has led to the launch of the Whopper Vegetal in Mexico, vegan chicken nuggets in Germany, and the Plant-Based Whopper in China.