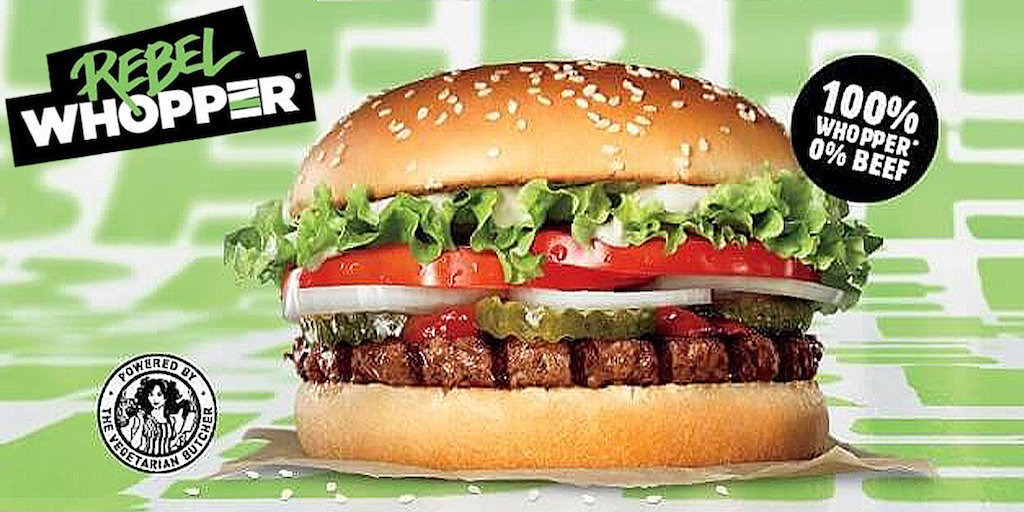 This meatless patty produced by The Vegetarian Butcher debuts in more than 2,500 restaurants across 25 EU countries.

The fast-food chain witnessed immense success with its plant based – Impossible Whopper in the U.S. and Sweden a few months ago and hopes to recreate the same phenomenon by launching the Rebel Whopper in Europe now.

However, the chain has tied up with The Vegetarian Butcher for its EU launch since Impossible Foods-Burger King’s U.S. supplier uses genetically modified ingredients that need to pass EU’s food safety tests.

Burger King has not classified the burger as vegan because it comes with egg mayonnaise and the patty is cooked on the same broilers alongside the restaurant’s original Whoppers.

The food chain is looking to cater to a wider range of customers including vegetarians, flexitarians and carnivores open to try meat-less options.

While the Rebel is one of Burger King’s biggest product launches in its 65-year history, it is an even bigger opportunity for The Vegetarian Butcher, which was bought last year by Unilever in a bid to gain a foothold in the booming ‘fake meat’ industry.

Speaking on the partnership, Jaap Korteweg, the founder of The Vegetarian Butcher, said: “When I started The Vegetarian Butcher nine years ago, my goal was to be the biggest butcher in the world and create products for meat lovers, with the ambition of providing the same taste and experience, but plant-based,” in a Unilever press-release.

“Working with Burger King on the Rebel Whopper has been amazing.

“We can’t wait for all Burger King guests to enjoy it,” he added.

Will you try the Rebel Whopper? Share your thoughts in the comments below!