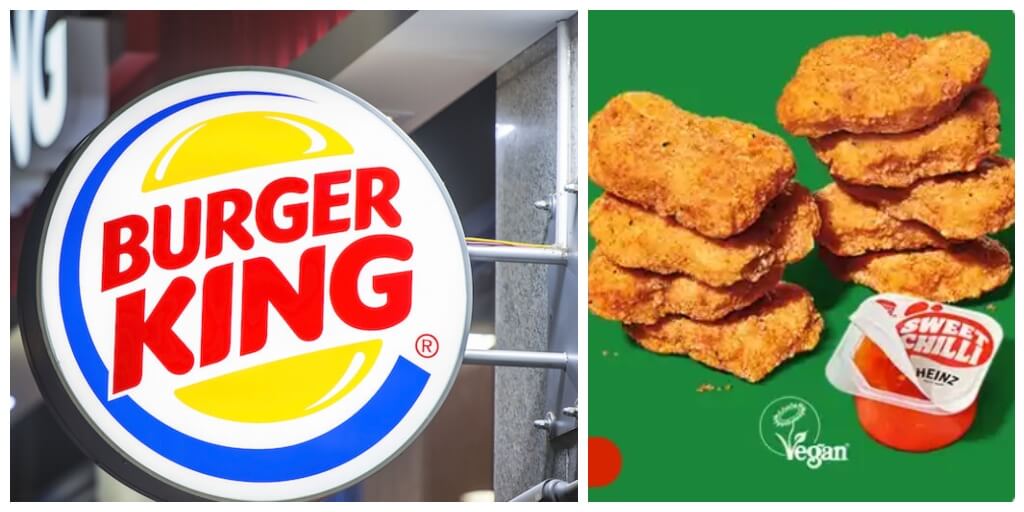 The new item comes just in time for Veganuary and in response to a growing demand for meat-free products with no animal protein in the UK.

Burger King has upped its meat-less options once again. This time it has introduced vegan “chicken” nuggets to its menu in the UK after teaming up with the Vegetarian Butcher.

The fast-food chain says it is the first UK quick-service restaurant brand to make the move after it took “years” to develop the plant-based nuggets.

The nuggets available nationwide from Wednesday are made from soy, wheat, celery, gluten and may contain mustard and sesame. Moreover, like their traditional chicken counterparts, the They are also certified by the Vegan Society and follow the chain’s plant-based Whopper and Royale burgers.

Alasdair Murdoch is the chief executive of Burger King UK He said: “Adapting to customer preferences is a key focus at Burger King.nuggets are covered in a crunchy batter.

“They are designed to taste and look exactly like their meat originals”, the fast-food giant said in a statement.

“We are committed to helping our guests make good decisions about what they eat and drink and providing them with informed choices.”

Murdoch added that the move in time for Veganuary is in response to a growing demand for meat-free products with no animal protein in the UK.

It is also part of the company’s goal to make half of its menu meat-free by 2030 in a bid to help it achieve its target of reducing greenhouse gas emissions by 41%.

Veganuary in the UK

Burger King joins a slew of UK fast food chains and retailers releasing plant-based options as thousands of Brits are talking on the Veganuary 31-day- pledge to go meat-free.

While many of these companies have signed up for the plant-based campaign for sustainability reasons such as Volkswagen, others like the Mill – a global creative and production agency with offices around the world, are in it for the environment and to reduce their carbon footprint.

“With more people wanting to cut their carbon footprint, simply swapping chicken nuggets for Vegan Nuggets is an easy way to do that,” Vernelli added.

Share this story: Burger King to launch vegan ‘chicken’ nuggets – is first UK fast-food chain to do so.