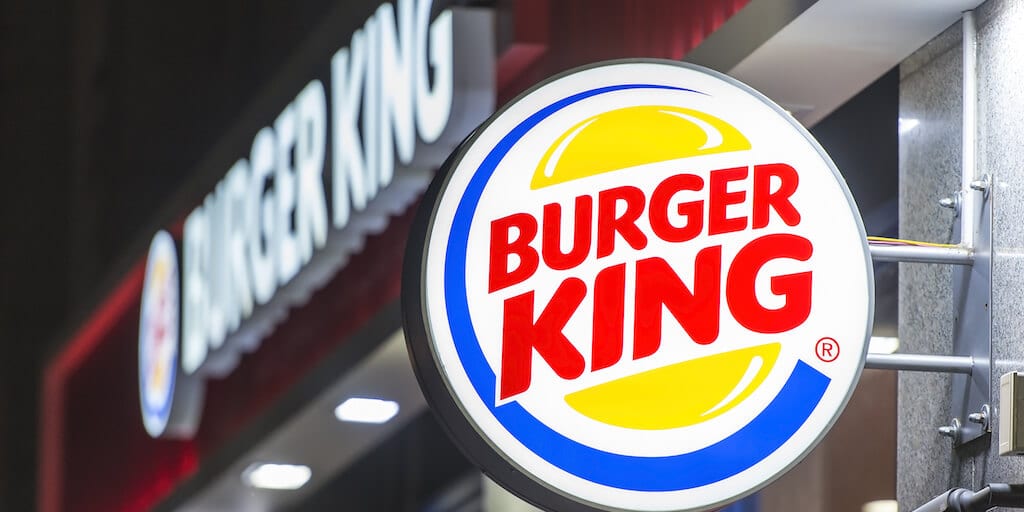 The new burger will retail for £4.59 and will be available from 11 January.

Burger King is launching a new vegan burger in the UK next week (11th January).

The new vegan burger comes a year after the chain released its plant-based Rebel Whopper, which was unsuitable for vegans because of it being cooked on the same grill as meat.

However, this time the US fast-food giant will sell a 100% vegan bean burger, which includes two signature veggie patties on a toasted sesame bun, topped with fresh-cut lettuce, juicy tomatoes, ketchup, and vegan mayo.

Last year, the chain launched a Rebel Whopper for Veganuary, angering many vegans because it was grilled on the same surface as the meat version.

It however said at the time that the burger was aimed at ‘flexitarians’.

Commenting on the plant-based Whopper, Toni Vernelli, international head of marketing at Veganuary, said: “For all of the important issues that Veganuary – and most vegans – are trying to address through their food choices it makes absolutely no difference whether the plant-based patty is cooked separately or on the same grill as the meat.

“What does make a big difference to animals and the planet is when non-vegans choose a plant-based menu option, enjoy it and then order it again.

“And that’s exactly who Burger King’s plant-based Whopper is aimed at, flexitarians who want to reduce their meat consumption for health or environmental reasons, or are considering going vegan.”

Burger King has joined a slew of retailers, restaurants, and fast-food chains that have launched new products for Veganaury this year.

Wagamama is moving ahead with a new vegan-themed menu for Veganuary amid its pledge to make 50% of its menu meat-free by the end of 2021.

Pret A Manger is adding nine new vegan items including breakfast items and wraps to its January menu, which will be launched at both Pret and Veggie Pret outlets nationwide.

Sandwich chain Subway has launched the vegan T.L.C. (Tastes Like Chicken) Sub and Vegan Double Choc Cookie, both of which are available to order in Subway stores just in time for Veganuary.

Share this story to let others know about Burger King’s new vegan burger.