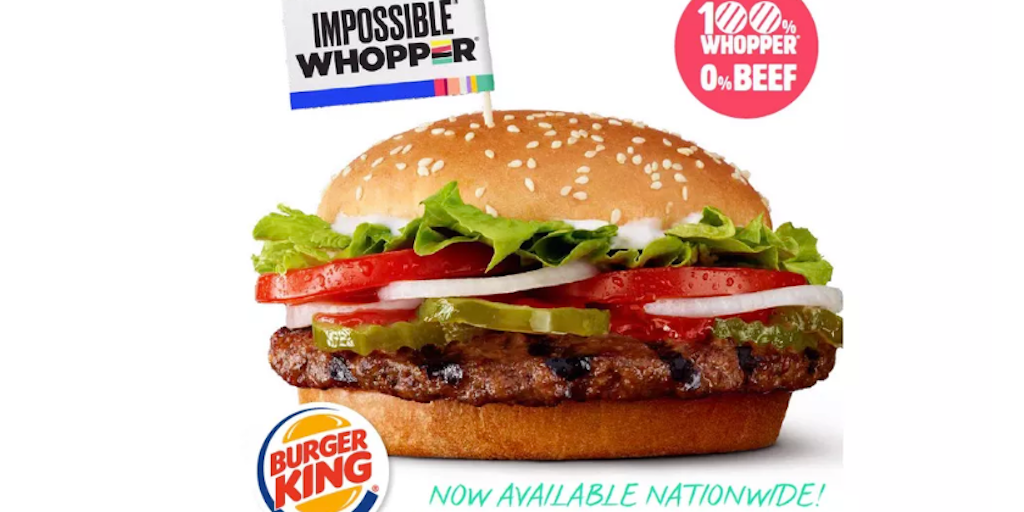 Burger King is launching its plant-based Impossible Whopper across US stores this week following the raging success of a trial.

The fast food giant initially launched the burger patty from Impossible Foods at sites in St Louis, where the plant-based option outsold national averages by 18.5%.

Chris Finazzo, president of Burger King North America said in an interview he started thinking about adding the burger a year ago after discovering the rapid rise of flexitarianism.

According to NPD Group, 95% of shoppers who bought a plant-based burger have bought a beef burger within the last year.

McDonald’s is also expected to introduce a plant-based burger named the Big Vegan, with the company currently trialling the burger in Israel.

Will you try the Impossible Whopper? Share your thoughts in the comments below!