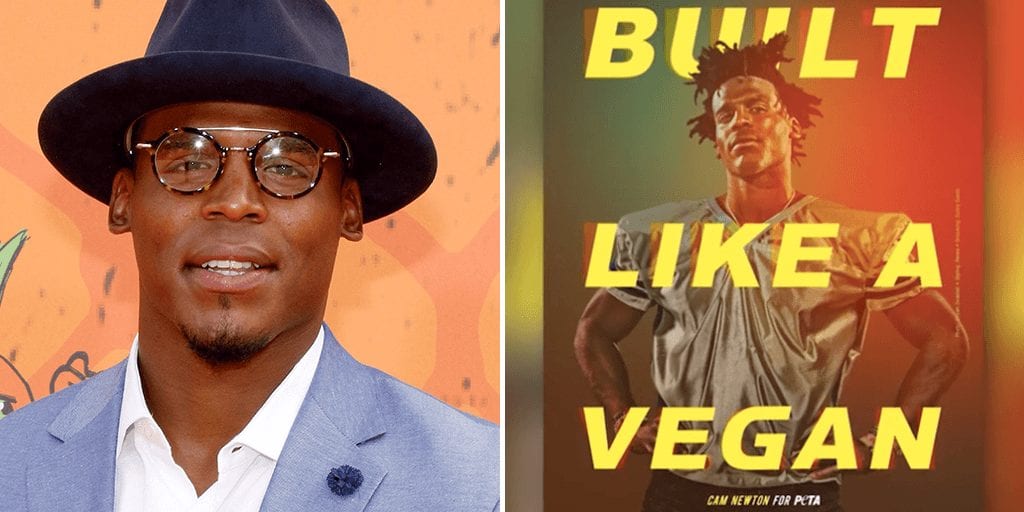 The New England footballer made the change after an injury plagued 2019 season ended his nine-year association with the Panthers franchise in Carolina.

Starring in a new campaign for PETA, he discusses his switch to a vegan diet and the positive changes he has witnessed in his health since then.

Sporting a tank top with the words ‘Vegan Strong’ across the front, Newton in the ad for PETA said: “I’ve seen such a remarkable change in the way my body responds to the food that I eat.”

Dispelling myths that vegan food is not healthy or tasty he further said: “I don’t want people to think you can’t love food being vegan, or there’s not good-tasting food that’s vegan.

He even shared his favourite veggie burger recipe, which comes loaded with guacamole on a pretzel bun.

“A person may ask, ‘How do you get your protein?’ … You get it in the same way that they get it, know what I’m saying? The more cleaner, more fresher way,” the 31-year-old added.

He continued to give some tips on how to switch to a plant-based diet while sharing a veggie burger with two of his children.

“My advice to a person who’s just becoming vegan would be: Eat on schedule. If you can eat on schedule, you won’t miss or think anything different, and you’ll be all right,” he said.

Colin Kaepernick made the decision to go vegan for ethical reasons and says that he feels healthier for it.

Tyrann Mathieu decided to go vegan after realizing the health benefits it offered. He said: “I was tired of eating poison [and] was tired of supporting people that don’t support us in a healthy way.”