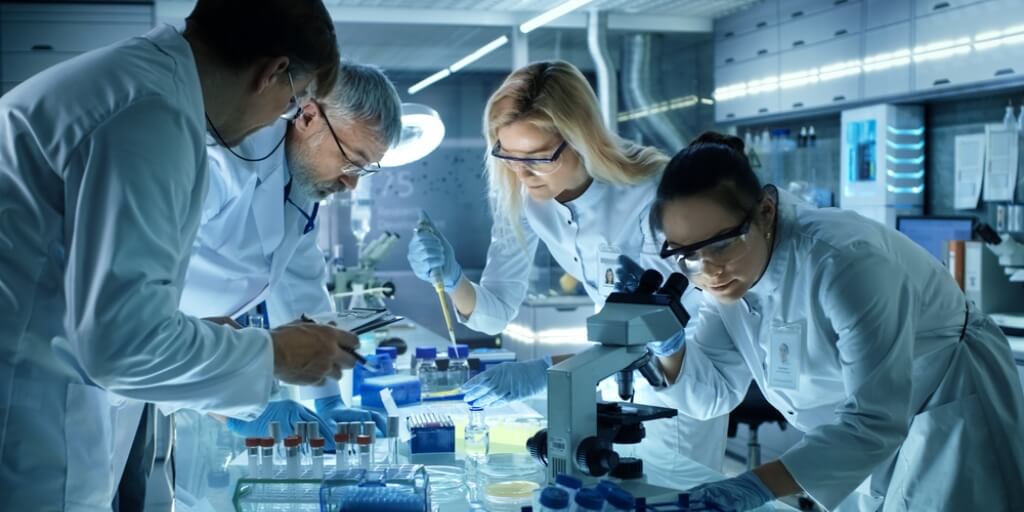 “There is a huge, huge issue of plastic pollution in the world, and we are in the fortunate position to be able to do something about it.”

This plant-derived material has been developed to mimic the molecular structure of spider silk, one of the strongest and most durable materials found in nature.

According to the scientist team, it discovered this sustainable alternative to plastic whilst researching functional protein interactions in Alzheimer’s disease.

“We normally investigate how functional protein interactions allow us to stay healthy and how irregular interactions are implicated in Alzheimer’s disease,’ said Dr Tuomas Knowles, from Cambridge’s Yusuf Hamied Department of Chemistry, who led the current research.

“It was a surprise to find our research could also address a big problem in sustainability: that of plastic pollution.”

In the study published in the journal Nature Communications, Dr Knowles, who for years examined the molecular structure of various proteins to determine why some are stronger than others, found what it is about spider silk that gives it immense strength.

“We found that one of the key features that gives spider silk its strength is the hydrogen bonds are arranged regularly in space and at a very high density,” he said.

“Because all proteins are made of polypeptide chains, under the right conditions we can cause plant proteins to self-assemble just like spider silk,” Dr Knowles explained.

He added that spiders also use an energy efficient spinning process to assemble the silk protein that remains dissolved in an aqueous solution in their glands to make the immensely strong fibres.

Researchers simulated the mechanism by placing the plant proteins in a mixture of acetic acid and water to make them more soluble and used ultrasonication and high temperatures to assemble stronger molecular bonds.

According to study co-author and head of research and development at Xampla, Dr Marc Rodriguez Garcia, the team got its breakthrough by controlling the self-assembly mechanism of the molecular bonds, which helped them create a high-performance spider silk alternative.

Dr Rodriguez Garcia added that while other researchers have been working directly with spider silk as a possible replacement for plastics, his team is the first to do it without a spider’s involvement.

“In a way we’ve come up with ‘vegan spider silk’ — we’ve created the same material without the spider,” he said.

Another advantage of the new film is that since it is made from sustainable ingredients, it can be easily composted at home, without requiring any additional industrial or chemical recycling treatment.

Xampla – a University of Cambridge spin-out company – will commercialise the new material.

It will introduce a range of single-use sachets and capsules later this year, which can replace the plastic used in dishwasher tablets and laundry detergent capsules.

According to  Daily Mail, the company is also working on using the plant-based film in food packagings like sandwich containers and salad boxes.

In addition, it is also testing the material’s viability in developing edible films, which can be used for applications such as oral delivery of drugs.

“There is a huge, huge issue of plastic pollution in the world, and we are in the fortunate position to be able to do something about it,” Rodriguez Garcia said.