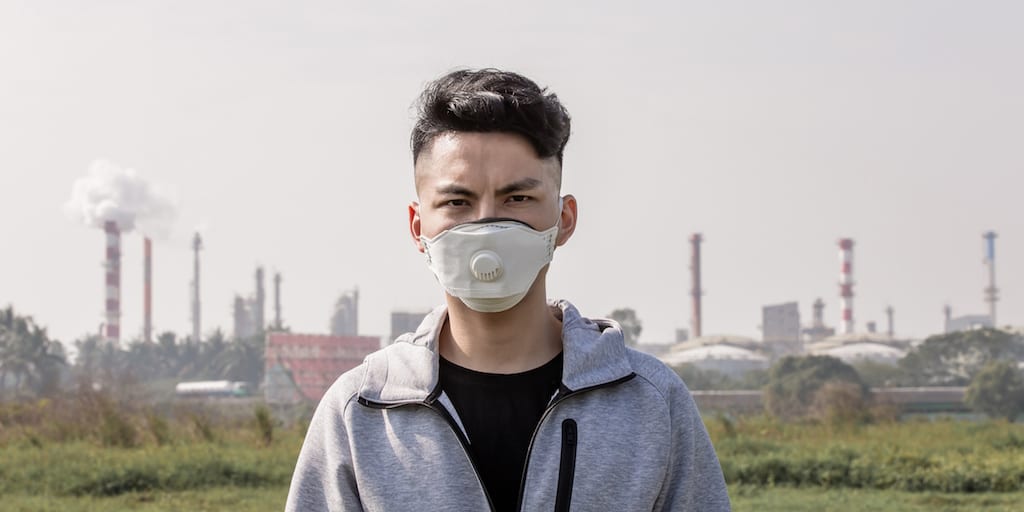 While government intervention to arrest global warming has been tepid at best, the efforts mobilized to contain the deadly contagion has made it evident that authorities are capable of taking radical steps to counter global crises.

Data released by climate nonprofit Carbon Brief showed that China’s Co2 emissions dropped around 100 million metric during the two-week period beginning from 10 days after the Lunar New Year, when compared to the emissions during the same period for each of the previous five years.

China’s lockdown has majorly impacted the country’s aviation, oil, and fossil fuel industry, which are by far the highest contributors of the country’s greenhouse gas emission index.

While experts maintain that the virus spread is an emergency that needs immediate attention, the ongoing crisis could well cause the first fall in global emissions since the 2008-09 global financial recession.

However, experts warn not to read too much into this temporary lull, as China and other countries are already planning strategies to get the economy back on track once the situation stabilizes.

“The reductions are substantial, but they are most certainly only temporary, and there will likely be a rebound effect,” says Joanna Lewis, an expert on China’s energy sector at Georgetown University.

“Once people go back to work and factories restart, they may try to make up for lost time. This could result in a surge in emissions.”

Corinne Le Quéré, professor of climate change science at the University of East Anglia, said while the crisis could achieve a reduction in annual CO2 emissions it couldn’t reverse it. “Over the past 10 years, emissions have grown at an annual rate of 1%, or about 317 megatonnes, so you would need a really big reduction to see a fall this year. It’s plausible but I don’t think we can say at this stage.”

However, she was optimistic that a slowdown would afford governments the opportunity to implement long-lasting shifts in carbon-intensive behaviors to address global warming.

“You can see that when governments see there is an emergency, they act straight away with measures commensurate with the threat. That assessment has not yet been made in the case of climate change although governments have declared it an emergency,” she said.

Yet, there is no denying that the outbreak has pulled the plug on emissions originating from air travel.  With tens of thousands of flights being cancelled, February recorded a 4.3 % drop in global air traffic, and substantial reduction in emissions.

But Rob Jackson, the chair of Global Carbon Project, indicated the effects would only be significant if  long term measures were adopted to make the aviation industry more sustainable.

“If this could change the way we travel, it could lead to more virtual meetings,” he said. Otherwise, “I see no silver lining to the coronavirus. If gas emissions drop temporarily then great, but it won’t be a meaningful change in the long term unless it shocks us in a global recession. Nobody wanted that in 2008 and nobody wants it now.”

Implementing programmes to offset air travel-related emissions in future years seems more unlikely to materialize with reports suggesting that the aviation industry is projected to lose between $63 billion and $113 billion in worldwide airline revenues this year.

The projected financial constraints caused by the virus spread has already become a major contentious point for carriers to drop or at least postpone their quest against global warming.

“In view of the coronavirus outbreak, we are asking governments to suspend the introduction of new flight taxes,” said Benjamin Smith, chief executive for Air France-KLM at the Airlines4Europe conference in Brussels on Tuesday.

However, environmentalists insist that the outbreak is not a good enough excuse to put aviation emissions programs on the backburner.

“This is a challenging time for airlines, but that’s no reason to weaken these rules and take airlines off-course on efforts to address climate change,” said Annie Petsonk, international counsel for the Environmental Defense Fund.

While everyone unanimously agrees that the outbreak is an absolute tragedy that has had catastrophic implications on humanity, lessons can be learnt.

While some suggest reducing individual carbon footprints is possible by restricting travel, preferring remote working and virtual conferences, and eating more eco-friendly food products; others recommend reliance on renewable energy, electric transportation, reforestation, and climate friendly agricultural practices as some of the measures to curb the annual growth rate of carbon emissions.

“To reduce emissions in a sustained way, you need the world to run in a clean way – and forever,” Lauri Myllyvirta, lead analyst at the Centre for Research on Energy and Clean Air told The Independent.

“You can’t just lock everyone in their homes and say you shouldn’t go to work.”

“A complete switch from coal to low-carbon generation – or a modest carbon pricing policy – can provide emissions reduction on the same order of magnitude as a war, recession or pandemic,” said Kenneth Gillingham, a professor of economics at Yale University.

“This provides at least a sliver of a reason for optimism.”

Share this story to reveal how the virus has impacted global Co2 emissions.