Canada bans captivity and breeding of dolphins, whales and orcas 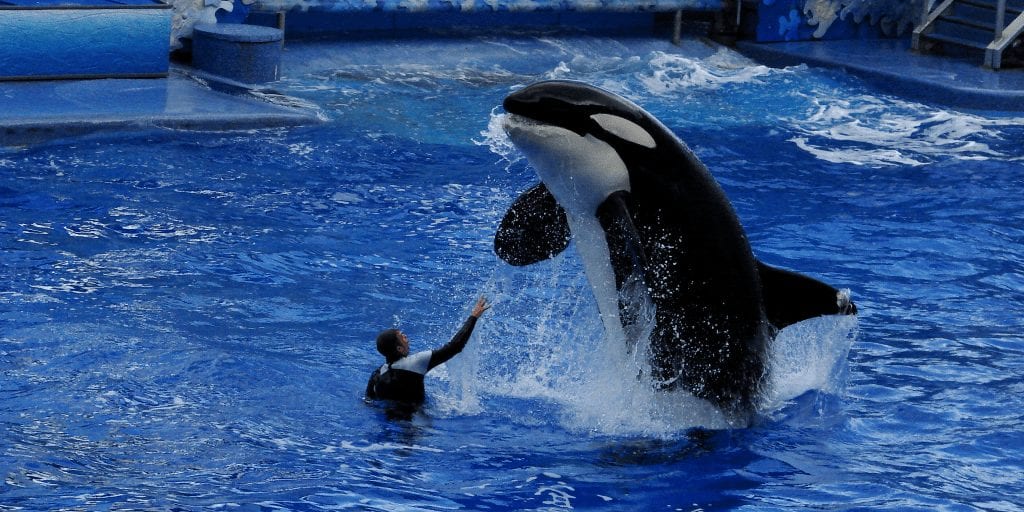 Keeping orcas in captivity will be punished with heavy fines in Canada. Image: Wikimedia Commons

Canada’s government has officially passed a bill which outlaws the captivity and breeding of dolphins, whales or orcas.

The ‘Free Willy’ bill means anyone keeping the animals illegally will face fines of up to $150,000 USD.

Animal rights organisations celebrated the victory which they have battling to achieve for many years.

“Nothing fantastic ever happens in a hurry. But today we celebrate that we have ended the captivity and breeding of whales and dolphins. This is news to splash a fin at,” Humane Canada said in a tweet.

The bill is named after the famous 1993 movie in which a young boy befriends a killer whale at an amusement park, and eventually frees him into the ocean.

The law was first proposed in 2015 and will now be enshrined in law, pending royal approval.

But so far it hasn’t been plain sailing, as although animal rights groups threw their weight behind the bill it has faced stiff opposition from conservative groups.

Marineland in Niagara Falls and the Vancouver Aquarium are thought to be the only businesses to hold captive whales in Canada.

Those who opposed the bill said the new law would severely damage attendance and reduce the conservation efforts at the businesses.

But public opinion has been increasingly stacking against keeping captive whales at amusement parks, particularly at Sea World in the US.

Supporters celebrated the news with the hashtag #emptythanks.

The law does not apply if the animals are rescues, in rehabilitation, licensed for scientiﬁc research or when it’s in the animal’s best interests.

Canada’s new bill officially states: “A person may move a live cetacean from its immediate vicinity when the cetacean is injured or in distress and is in need of assistance.”

What do you think of the ban on keeping dolphins and whales in captivity? Share your thoughts in the comments below!