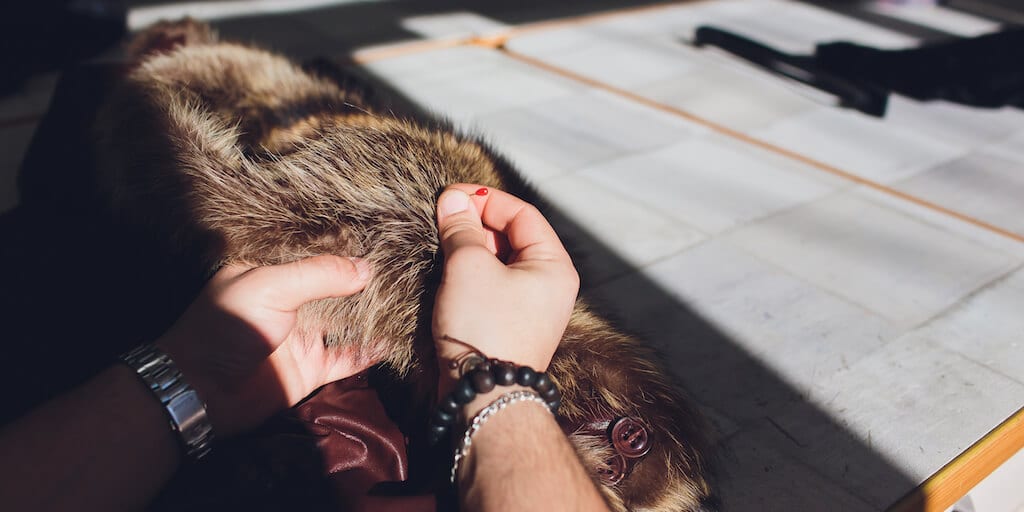 Luxury parka brand Canada Goose has pledged to use only “reclaimed” fur by the year 2022 in a bid to become a more sustainable business.

Fashion brand Canada Goose will stop using “virgin” coyote fur in its future designs by 2022 as part of a larger sustainability drive and to move away from supporting coyote trapping in Europe and North America.

According to the company, which uses coyote fur as a trim on its popular winter coats, will going forward only use existing fur in its supply chain and marketplace as well as reclaim fur from customers through a buyback program.

“We have always believed in building a business that is good for our team, for the communities we’re a part of and for the planet, for generations to come,” said Canada Good President and CEO Dani Reiss.

“No matter how much we’ve done over the last 60 years, we need to do more—the world can’t wait.”

Canada Goose has used wild coyote fur for years, making it a popular target for animal rights protests. For nearly two decades, People for the Ethical Treatment of Animals (PETA), has  petitioned for Canada Goose to ditch fur products.

However, the brand maintains that its latest decision is not in response to anti-fur campaigns. “We’re absolutely not switching for any other reason than we believe switching from new fur to reclaimed fur makes something sustainable more sustainable,” Dani Reiss, the group’s chief executive told the Financial Times.

In its first sustainability impact strategy report, the brand added: “In the North, sustainability is a way of life and people there have been working with reclaimed fur for centuries.

“This initiative draws inspiration from that resourcefulness. We are proud to announce this commitment because we believe we must operate sustainably.”

The luxury parka brand also clarified that it had no intentions to give up fur or virgin animal products entirely and would continue to insulate its jackets with virgin down geese feathers, a stance disagreeable to animal rights organizations.

In response, PETA Executive Vice President Tracy Reiman told CBS News: “Canada Goose is attempting to ‘humane wash’ its image by switching from fur taken from coyotes whom trappers have recently caught in steel traps to fur that may already be on the market, which is also a product of the cruel actions of trappers.

“Real fur is always cruelly obtained—no matter when it was stolen from coyotes who may have attempted to chew off their own leg in order to return to their young and been beaten or shot by trappers.”

Macy’s Inc, the largest U.S. department store with 900 stores in 44 states also went on record stating that the fashion store chain would discontinue all fur items at its departmental outlets – Macy’s and Bloomingdale’s – as well as at its off-price stores, including Macy’s Backstage and Bloomingdale’s The Outlet by the end of 2020.

Share the story to inspire others to ditch fur and other animal products.