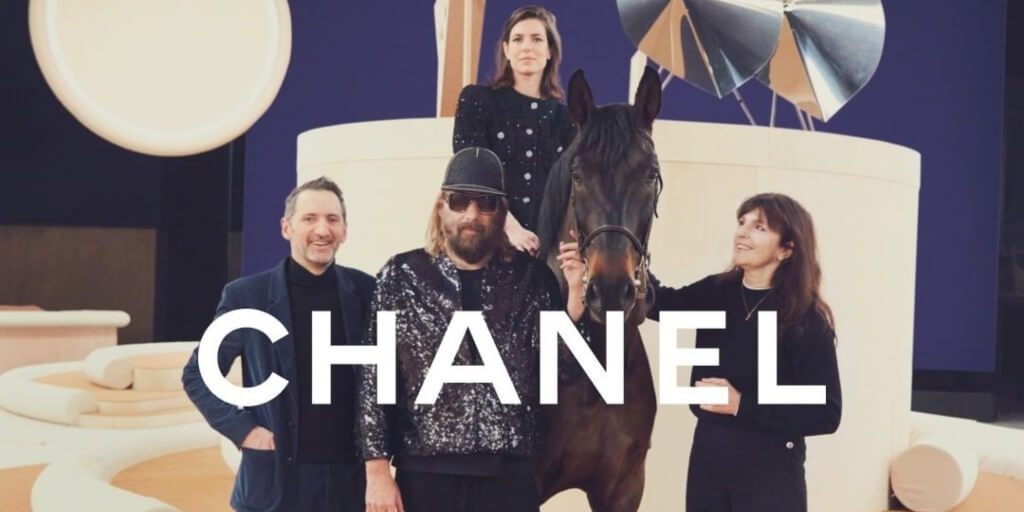 “Animals aren’t props…,” people on social media were quick to criticize Chanel for using a live animal for the fashion show.

French fashion house Chanel has come under fire for sending a horse out onto the catwalk at its recently held fashion show to showcase its Spring/Summer 2022 Couture collection.

This comes close on the heels of Gucci using tigers in a recent photoshoot for its latest collection,

Chanel’s haute couture show was held at the Grand Palais Ephemere, an exhibition and performance space in Paris.

It opened with Monaco’s Princess Charlotte, dressed in a Chanel jacket, riding an eight-year-old Spanish bay horse on the raked-sand runaway.

The remaining models – this time on foot – came out onto the catwalk afterwards.

The show was conceived by Virginie Viard, who became Chanel’s creative director in 2019 after haute couture icon Karl Lagerfeld’s demise.

The event also marks Chanel’s first IRL in two years after the pandemic forced it to go virtual for its SS21 Couture show.

This isn’t the first time Chanel has used a horse for its fashion shows. The French house closed its last couture show with a bride on horseback.

While the equesterians’ presence on the catwalk create quite a spectacle, many have called out the fashion house for animal cruelty.

“Why do we insist on putting these poor animals into our “shows”. Gucci just had live tigers in their latest fashion display. So unnecessary,” wrote one Instagram user.

“Animals aren’t props… that boy probably had to had laxatives just to be there. Like half of the people supposedly do there,” a second commented.

“2022 and this is still happening? The sad part is that Chanel must be pleased with all the atention this brought to them, even if people are criticizing,” added a third.