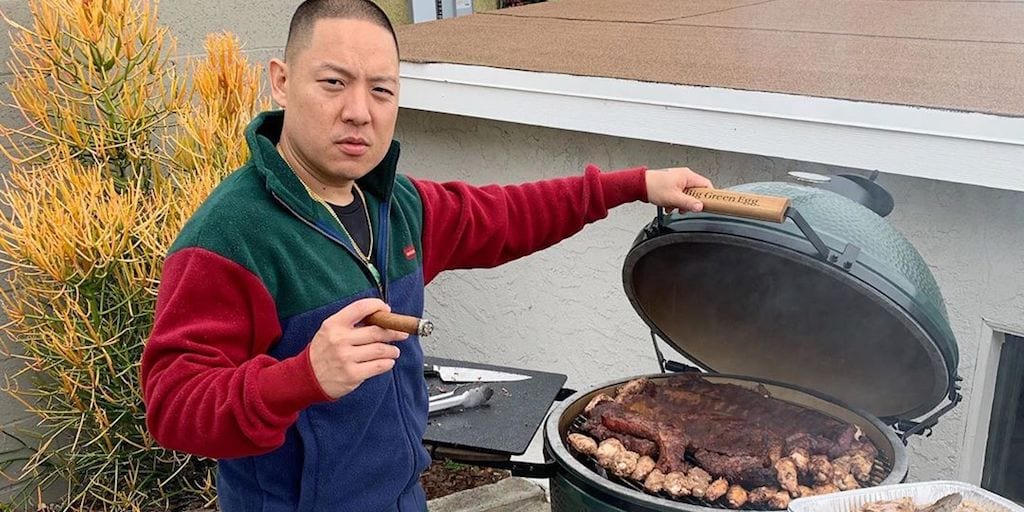 Huang—owner of NYC’s BaoHaus restaurant and former host of Viceland’s Huang’s World—vowed to have eaten his last meal of beef on Friday.

He took to Instagram to make the switch official, where he wrote:

“After watching videos of the Amazon on fire this week, Ive decided that this corned beef I ate at Junior’s last week will be the last piece of beef I ever eat,”

“Im going to go vegan because it takes 20 times less land to feed a vegan than a meat eater and over 90% of the land cleared in the Amazon rainforest since 1970 is used for grazing livestock, but if all of us just stopped eating BEEF it would solve huge problems.”

His followers welcomed his decision with thousands liking it as Huang ended his post saying:

“Take a moment, think about it, and reexamine your relationship with food because it’ll make the Earth and ourselves very very sick if we keep abusing it.”

Fires raging over the Amazon basin in the past days have engulfed huge areas of the planet’s largest rainforest. The damage has been colossal with environmentalists blaming human interference as the primary cause.

Sharon Palmer- a registered dietitian and editor of the award-winning health newsletter “Environmental Nutrition” mirrored Huang’s reasoning on the connection between food and environmental conservation. She told CNN that “research consistently shows that drastically reducing animal food intake and mostly eating plant foods is one of the most powerful things you can do to reduce your impact on the planet over your lifetime, in terms of energy required, land used, greenhouse gas emissions, water used and pollutants produced.”

Do you agree with Eddie Huang? Let us know in the comments section below!