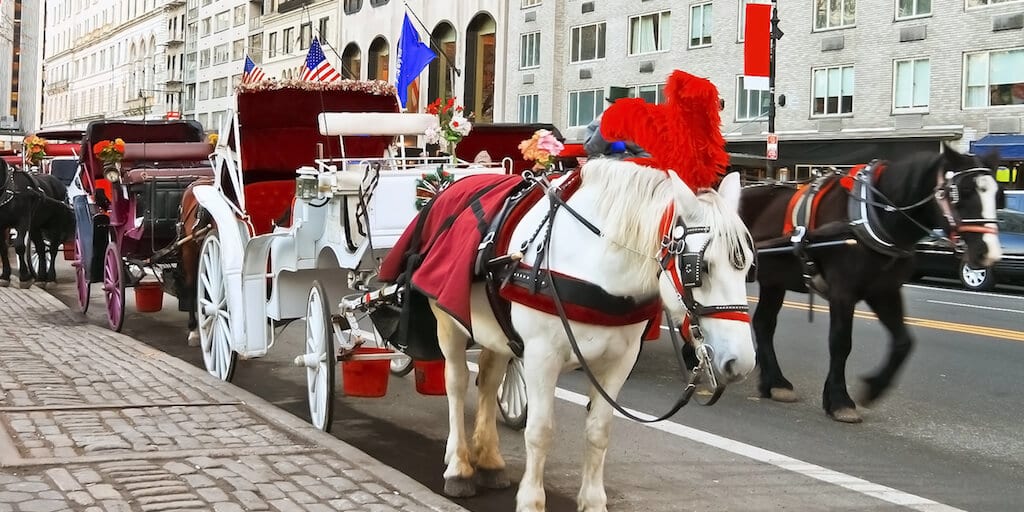 Chicago has decided to ban the archaic and inhumane mode of transportation for good.

Under the new ordinance, no new licenses will be issued and the 10 license-holders currently in operation will be unable to request a renewal after their permits expire later this year.

Last month, animal welfare group NYCLASS shared shocking footage of a 12-year-old horse named Aisha stumbling onto a roadway and struggling to get back up before finally collapsing in Central park reigniting a fresh debate on the outdated, cruel and inhumane form of transportation in current times. The horse was later euthanized.

For years, animal rights activists and some aldermen have tried to outlaw horse-drawn carriages.

Jodie Wiederkehr, Executive Director of animal-rights group Chicago Alliance for Animals involved in pushing for the ban said: “The Chicago Alliance for Animals is thrilled that Chicago officials finally saw how Chicago’s horse carriage operators refuse to self-regulate and banned this inhumane, archaic and dangerous relic before a human or horse suffers or dies from this unnecessary activity, like so many have in other cities.

“Chicago is a world-class city and doesn’t need to depend on animal exploitation for a vibrant tourism industry.”

PETA president Ingrid Newkirk said she hoped Chicago’s stance would lead the way for other cities to ban the practice as well.

“PETA and the Chicago Alliance for Animals have supported this progressive ban every step of the way, and we have high hopes that this kinder, carriage-free city will influence others to follow suit,” Newkirk said.

“We applaud the Chicago City Council for breaking tradition with this historic move to protect our iconic American equines — whose very backs this country was built upon,” Marty Irby, executive director at AWA, told PEOPLE in a statement.

Share this story to urge other cities to ban horse-drawn carriages.