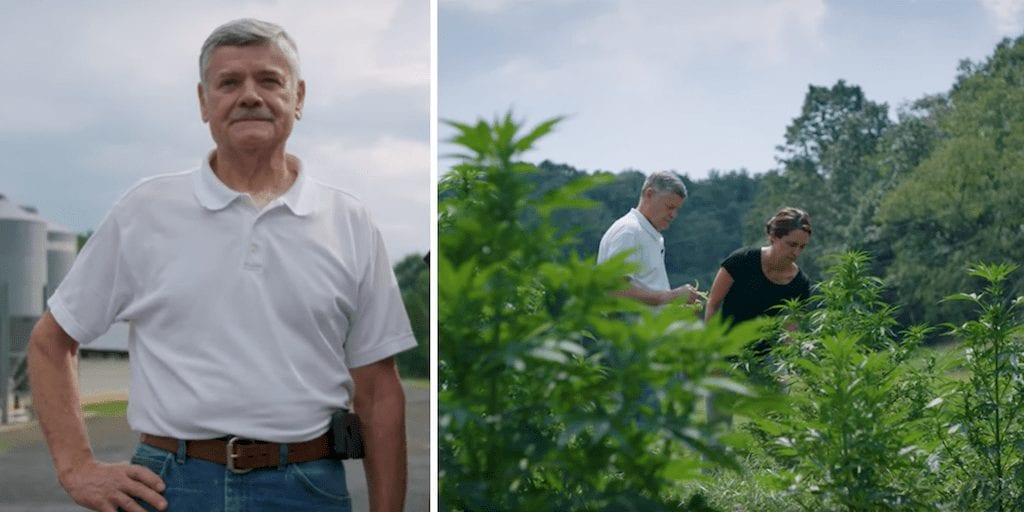 A West Virginia based chicken farmer switched to plant agriculture after exposing the rigged tortuous system of the poultry industry.

Poultry farmer Mike Weaver raised chickens for Pilgrim’s Pride- one of the largest chicken producers in the U.S.

However, he was increasingly agitated with the unfair practices rampant in the industry and finally decided to voice his discontent and ditch animal farming in 2016.

“I’m not going to raise chickens anymore,” Weaver said. “Now, I’m developing an operation on my farm to start growing and processing of industrial hemp and CBD oil products.”

Weaver converted his giant barn that housed around 45,000 chickens into an indoor plantation for hemp crops.

Weaver explained that factory farming was an exploitative industry not only for the chickens but also for contract farmers who had to take on huge debts to fulfill specifications laid down by food corporations.

The contract growers were compelled to take significant financial risks and run their farms with little or no say in its operations. This equation not only led to farmers losing money but they also found it impossible to leave the contract since their farms were purpose-built and heavily leveraged.

In an effort to bail out struggling animal farmers and help them switch over to plant farming, Mercy for Animals, an animal rights group, has launched a revolutionary program called the Transfarmation Project.

The project is aimed to empower farmers looking to switch from raising animals to growing plants and offer them an avenue ‘to become a part of the solution and leave the problem behind’.

Speaking to Leah Garcés, president of Mercy for Animals, Weaver said he was “raising industrial hemp” so that he could earn more money, increase job opportunities and engage in more eco-friendly farming practices.

“We’re in terrible need of employment, especially for our young people,” Weaver said. “They all have to go across the mountain to Harrisonburg, down to Moorefield or move out of the area for employment and I’d like to do my part to change that.

Weaver also said producing hemp was now a commercially viable prospect after the approval of the 2018 Farm Bill legalizing industrial hemp in the U.S..

What do you think of the Transfarmation Project? Share your thoughts in the comments section below!