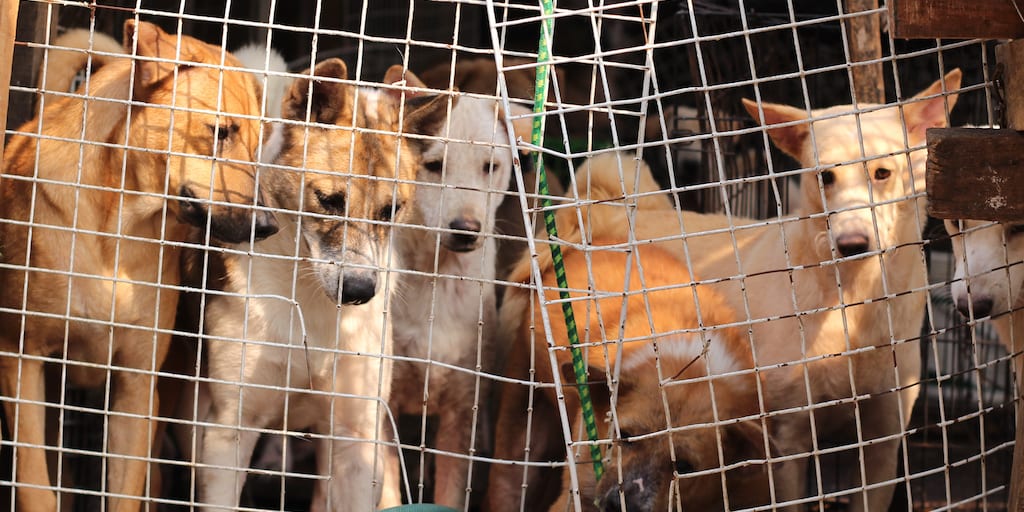 The Chinese Ministry of Agriculture and Rural Affairs has excluded dogs from the livestock list stating dogs are ‘companion animals’.

According to China’s Directory of Genetic Resources of Livestock and Poultry, dogs can no longer be commercially bred, raised, traded and transported in line with the country’s Animal Husbandry Law.

The Ministry noted that dogs were excluded in the final list because dogs have a long history of domestication making them appropriate “companion animals” and are also not recognized as livestock internationally.

The traditional livestock list exempting dogs comes weeks before the infamous 10-day Yulin festival, where over thousands of dogs are cruelly butchered, skinned and cooked with blow-torches before being eaten.

Hinting that the act could finally do away with the gruesome festival, a ministry spokesperson told reporters: “With the progress of the times, humans’ understanding of civilisation and dining habits have changed constantly. Some traditional customs about dogs will change too.”

He added that more policies regarding dogs would be rolled out in the future.

Dr Peter Li, China policy specialist for Humane Society International, was hopeful that with the Chinese government officially labelling dogs as companions, the country would take stronger measures to end the dog and cat meat trade.

“The announcement presents cities across China with the perfect opportunity to act upon the government’s words by protecting dogs and cats from the meat trade thieves and slaughterhouses,” said Dr Li.

According to the charity nearly 10 million dogs are slaughtered in China annually, with many abducted from streets and homes for the Yulin festival.

In a bid to crackdown illicit dog meat trade, China-based activists led by Mo Gongming, the newly appointed Communist Party secretary of Yulin will implement a ban on the sale of dog meat a week before the annual Yulin festival on June 21.

According to HSI and advocacy group Duo Duo Animal Welfare Project, the ban will “prohibit restaurants, street vendors and market traders from selling dog meat at the event”.

HSI spokesperson Wendy Higgins said: “The Yulin festival is a bloody spectacle…and if it is allowed to go ahead, it will appear to be in public defiance of the Ministry of Agriculture’s words.”

The festival has always been a controversial event since it started in 2009.A 2017 survey revealed that 75% of the people in Yulin are not regular dog meat eaters and an earlier survey showed 69.5 percent have never consumed dog meat. In addition,  64 percent of Chinese citizens wanted the Yulin festival to end.

Share this story to let others know of China’s ban on dog meat trade.