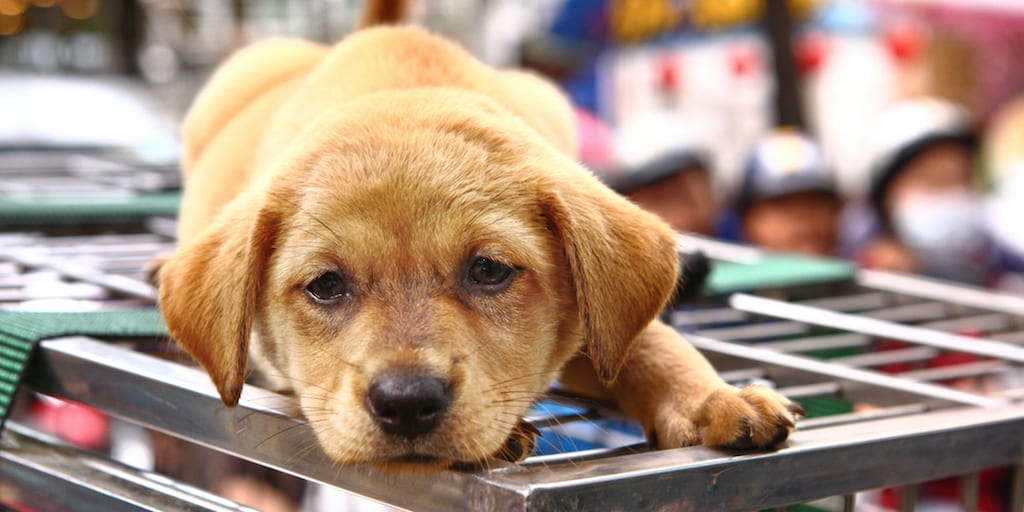 Zhuhai has followed Shenzhen’s footsteps in passing the legislation, raising hopes of other cities following suit.

The city of Zhuhai has become the second city in China to ban the sale and consumption of dogs, and cats in line with Shenzhen’s ban in early April.

The move comes following international outcry over the practice of eating dogs sold at wet markets like the one in Wuhan, which is believed to be epicenter of the COVID-19 pandemic.

The legislation on eating cats and dogs is part of a wider crackdown to stop the trading of wild animals in Zhuhai to ensure food safety in response to the current crisis.

According to the new law, all restaurants, hotels and farms will be prohibited from selling exotic meat and offenders will be fined up to 20 times the value of the meat.

Both cities are likely to implement the ban from the beginning of May.

The ‘thrilling news’ comes at a time, when the Chinese Ministry of Agriculture and Rural Affairs published a draft policy that classifies dogs as ‘companion animals’ no longer ‘suitable’ to be raised as livestock.

The Humane Society International (HSI), which has been campaigning to end Asia’s dog meat trade for years welcomed the news hoping other cities would follow the lead in order to  end these brutal trades that see an estimated 30 million dogs and 10 million cats, mostly stolen pets and strays killed each year.

Wendy Higgins, HSI Director of International Media, said: “Zhuhai’s ban on dog and cat meat eating is thrilling news for all those in China and around the world who have campaigned for so long to end this brutal trade.

“Coming so soon after Shenzhen’s ban and the government’s historic statement classifying dogs as pets, we hope this is the start of a domino effect of progressive legislation across China with other cities following suit.”

Although dog meat trade has not been linked to coronavirus, it is still considered a hotbed for several other infectious diseases and the ban would effectively improve public health.

“Rabies has been found in dogs traded for human consumption in China, Vietnam and Indonesia, and is easily spread as thousands of dogs are crammed on slaughter trucks and driven across provincial borders to markets and slaughterhouses.”

She highlighted that contrary to popular opinion, dog and cat meat is consumed by less than 20 percent of the Chinese population and “for years there has been enormous public support in China for an end to the cruelty.”

While animal rights campaigners celebrated the news, they also raised concerns on the inclusion of some wild animals as “special livestock.”

The Zhuhai’s authorities informed that based on directives given by the ministry of agriculture and rural affairs, animals such as alpaca, ostrich, silver fox, blue fox and raccoon dog – considered “special livestock” – would still be allowed to be traded as meat.

Speaking on the issue, Peter Li, China Policy Specialist with HSI, told the Guardian: “Rebranding wildlife as livestock doesn’t alter the fact that there are insurmountable challenges to keeping these species in farm environments, their welfare needs simply can’t be met.

“In addition, there’s clear evidence that some of these species can act as intermediate hosts of viruses, such as Covid-19, which is why we’re urging China and all governments to stop trading in wildlife.”