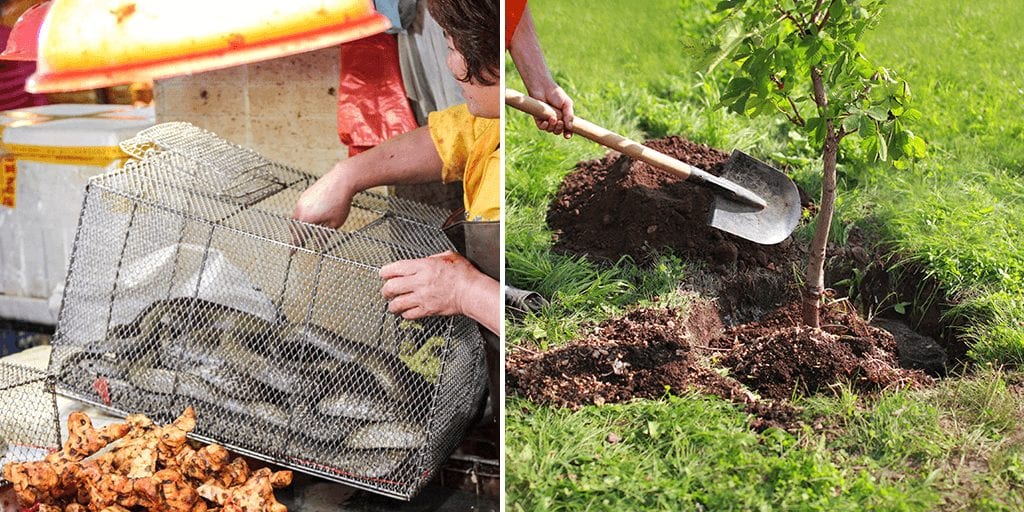 According to plans published last week, farmers of Hunan and Jiangxi provinces will be compensated if they quit breeding exotic animals and switch to growing fruit, vegetables, tea plants, or herbs for traditional Chinese medicine.  The farmers could also opt to breed other animals such as pigs and chickens.

The novel coronavirus that is widely believed to have sparked from a wet market in Wuhan has led to China intensifying its crackdown on illegal wildlife trade.

Only those farms that have valid breeding permits before February 24th are eligible for compensation.

While the first initial roll-out covers 14 species of farmed wildlife, a subsequent list of farmed species will be announced after the government finalizes its “livestock” list, which will reclassify some wild animals to legalize their breeding.

The proposal has been well received by animal advocates and activist groups.

“By subsidizing wildlife breeders to transition to alternative livelihoods, these provinces are demonstrating global leadership on this issue, which other provinces and countries must now follow,” said Dr Peter Li, Humane Society International’s China policy specialist.

“Chinese farmers not only have an opportunity to leave a trade that poses a direct threat to human health – something that can no longer be tolerated in light of COVID – but also to transition to more humane and sustainable livelihoods such as growing plant foods popular in Chinese cuisine.”

While the buy-out plan accounts for wildlife being exploited for food, it fails to address other industries that are equally exploitative and overbearing on the animal kingdom.

Dr Li said the plan excludes the many wild animals that are bred for fur, traditional Chinese medicine or entertainment, the industries being reportedly worth a whopping $55bn.

In fact, reports state that the Ministry of Agriculture, State Forestry and Grassland Bureau is working on a new list that will reclassify the millions of raccoon dogs, foxes and mink farmed for fur from “wildlife” to “livestock”.

“Rebranding fur-bearing wildlife as livestock doesn’t alter the fact that there are insurmountable challenges to keeping these species in commercial captive breeding environments, and that their welfare needs simply can’t be met,” said Dr Teresa Telecky, HSI’s vice president of wildlife.

“In addition, there’s clear evidence that some of these species can act as intermediate hosts of viruses, such as COVID-19, which is why governments around the world must stop all trading in wildlife.”

The group also highlighted that while animals belonging to farms that opt for the buy-out will be released into the wild, many will be exploited by other industries such as zoos, laboratory research, and traditional medicine; or mass culled.

“While the transition of wildlife farmers to other livelihoods is of course a very positive move for both people and animals, a really sad inevitable consequence of that is that a vast number of the wild animals being mass produced on farms across China will likely be culled or moved to other exploitative industries such as zoos and traditional medicine where animal welfare is typically extremely low and conditions woefully sub-standard,” explained Li.

“We really hope to see the Chinese authorities mandating against such cruelty. The wild animal breeding farms and factories facing closure and transition must not sacrifice animal welfare in an effort to implement the new changes.”

Share this story to let others know about China’s efforts in phasing out wildlife trade.