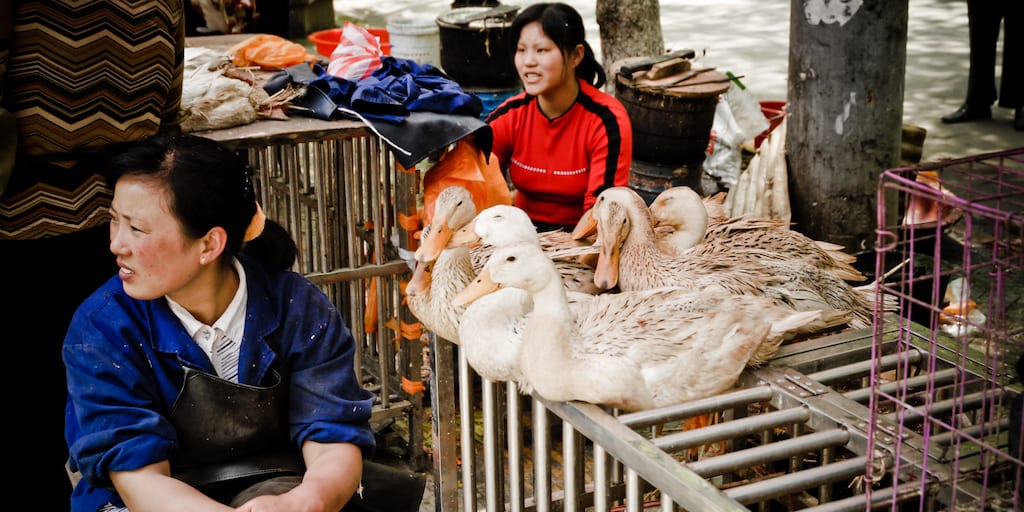 The deadly coronavirus outbreak has led China to permanently ban wildlife trade and consumption to help the country stop the virus from claiming more lives.

In a fast-track decision, Chinese lawmakers implemented an immediate ban on the trade and consumption of wild animals to contain the virus that continues to claim victims in China and across the globe.

Latest figures show that the coronavirus has infected more than 80,000 people in China, killing more than 2,600. Globally, the outbreak has spread to about 29 countries and territories and has claimed around 200 lives.

The immediate ban passed on Feb. 24 by the Standing Committee of the National People’s Congress (NPC) replaces the temporary ban introduced in January.

“There has been a growing concern among people over the consumption of wild animals and the hidden dangers it brings to public health security since the novel coronavirus disease (COVID-19) outbreak,” said Zhang Tiewei—a spokesman for the top legislature’s Legislative Affairs Commission in a statement.

Researchers studying the outbreak have speculated that the coronavirus that has killed thousands in China alone originated in wild animals and spread to humans trading in the wet market in Wuhan. The market is known to sell exotic species such as civets, peacocks, bats, frogs, pangolins, snakes, and fox meat among others.

However, the ban exempts aquatic animals, livestock, poultry, and other animals that have been bred in the country for years. Wild animals used for scientific and medical purposes will also be allowed but will be subjected to strict examination, approval and quarantine inspection.

“Finally there is a complete ban on eating and the trade in wild animals,” said Zhou Haixiang, a member of the Chinese National Committee for Man and Biosphere, an environmental protection group.

After the Chinese President Xi Jinping’s mobilized a crack down on illegal wildlife markets and trade, authorities have shut down 20,000 farms raising peacocks, civet cats, porcupines,  ostriches, and wild geese, the Guardian reported.

The police also busted underground markets and seized more than 38000 wild animals and 5,174 pounds of wildlife products in a  nationwide crackdown.

Although the Wildlife Conservation Society welcomes the permanent ban, the group in a statement cautioned that the decision that exempts animals for fur, medicine and research  still gives way for “potential loophole for traffickers who may exploit the nonfood exemptions to sell or trade live wildlife.”

According to a government-sponsored report published in 2017, China’s meat industry is estimated to be 520 billion yuan (US$74 billion) and employs 1 million people.

Experts fear the ban will only increase the illegal underground trade, making it even more difficult to trace the origins of new diseases, and could face resistance from stakeholders benefiting from the multibillion-dollar wildlife trade industry.

Share this story to let others know of China’s decision to permanently ban the wildlife trade and consumption.