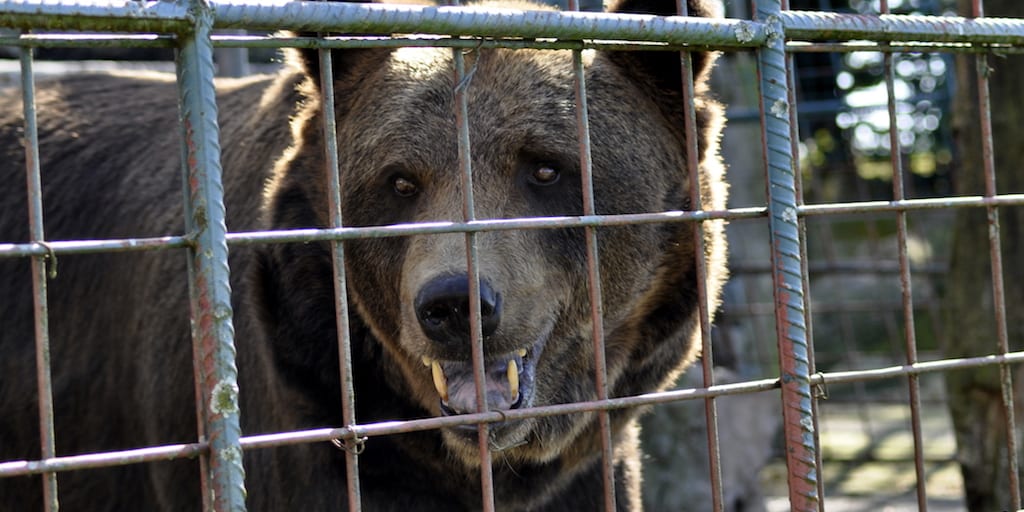 China has approved traditional medicines which include bear bile and goat horn as remedies for the COVID-19 infection.

In a bid to control the spread of coronavirus and treat infected patients, China’s National Health Commission published a list of recommended traditional and Western treatments for the virus last month.

And one of the six traditional Chinese treatments included in the guidelines is Tan re Qing- which is made from bear bile, goat horn powder and herbs.

Even President Xi Jinping has been actively promoting traditional medicine calling it “treasure of Chinese civilisation” and stressing that it should be given equal importance as other treatments.

This recommendation comes after imposing a ban on sale of wild animals for food amid the coronavirus outbreak, which is thought to have originated in a wet market in Wuhan that sells and harbors live and dead wild animals.

‘Both tragic and ironic’

A number of wildlife campaigners and animal rights activists have condemned the Chinese government and branded the news as ‘both tragic and ironic’ because it defeats the purpose of the ban implemented to stop the illegal animal trade.

“Across Asia, bear bile trade is widespread, although it is illegal in most countries,” said Richard Thomas of animal rights non-governmental organization Traffic.

“The active ingredient in bear bile, ursodeoxycholic acid, is readily synthesized in laboratories — so even if it did prove to be popular, there should be no need for bear bile to be included (in medicines).”

In a statement, Aron White, EIA Wildlife Campaigner and China Specialist, said: “Restricting the eating of wildlife while promoting medicines containing wildlife parts exemplifies the mixed messages being sent by the Chinese authorities on wildlife trade.

“Aside from the irony of promoting a wildlife product for treatment of a disease which the scientific community has overwhelmingly concluded originated in wildlife, the continued promotion of the use of threatened wildlife in medicine is hugely irresponsible in an era of unprecedented biodiversity loss, including illegal and unsustainable trade.

“At this moment in history, as the world is crippled by the coronavirus pandemic, there could be no better time to end the use of the parts of threatened wildlife in medicine, especially as recent surveys conducted in China showed the vast majority of respondents were opposed to use of wildlife in medicine.”

‘Medicines should heal without harm’

According to The Independent, bear bile farms in China and Vietnam account for nearly 12,000 bears held in captivity for their bile.

Highlighting the cruelty, Animals Asia, a nonprofit dedicated to ending bear bile farming said that  bear bile farms in China and across Southeast Asia keep bears in small cages for decades. The tiny cages restrict bear movements to such an extent that they are not even able to stand on all fours and most of these bears “are starved, dehydrated and suffering from multiple diseases and malignant tumours that not only contaminate their bile but ultimately kill them.”

In a statement on bear bile usage to treat COVID-19, the group said: “Animals Asia believes we shouldn’t be relying on wildlife products like bear bile as the solution to combat a deadly virus that appears to have originated from wildlife. It is accurate to assert the active ingredient in bear bile, UDCA, is effective in treating some conditions.

“This is the reason it has been produced synthetically (not using bile from bears) for decades and sold by the tonne across the world.

“Additionally, we understand according to the National Health Commission, Tanreqing has been used to successfully treat respiratory conditions like pneumonia and similar illnesses to COVID-19 for several years with success.

“However, traditional Chinese medicine has thousands of years of practical application and knowledge to draw upon, together with a philosophy of balancing harmony and peace with the environment. Such medicines should heal without harm.”

Brian Daly, a spokesman for the Animals Asia Foundation added: “Promotion of bear bile has the propensity to increase the amount used, affecting not only captive bears, but also those in the wild, potentially compromising an already endangered species in Asia and across the world.”