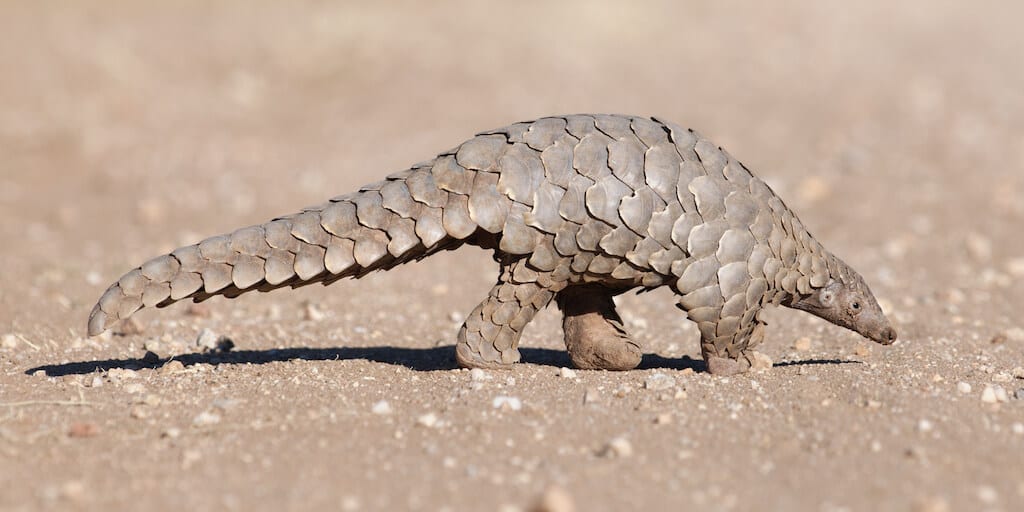 Following China’s State Forestry and Grassland Administration elevating the status of pangolins, from second-level to first-level protected wildlife, pangolin scales will no longer be used in traditional medicine.

The news was confirmed in the recently launched 2020 edition of the Chinese Pharmacopoeia, which lists all ingredients approved in Chinese medicine.

Pangolin scales are highly sought in traditional medicine as it is believed to improve blood circulation, reduce inflammation and enhance sexual performance. The meat is also considered a delicacy in traditional cuisine.

Animal protection groups welcomed the news  describing it a “critical step” towards saving the world’s most trafficked mammal.

The move also comes in the wake of new research that suggests pangolins were a host of the deadly coronavirus before the virus passed onto humans at a Chinese seafood market.

Nicole Benjamin-Fink of Conservation Beyond Borders said: “Whether pangolins served as the conduit for Covid-19 or not, it’s time to halt the demand for the most trafficked mammals worldwide. Lets hope that this ban is the first in a series that ultimately ban all wildlife usage in traditional Chinese medicine.”

While China issued a ban on the wildlife trade in February and even launched initiatives to help wildlife farmers of Hunan and Jiangxi provinces quit breeding exotic animals and switch to growing fruit, vegetables, tea plants, or herbs for traditional Chinese medicine, animal activists have voiced concerns about the uncertainty around what wildlife will still be allowed for use in TCM and the fur and leather industries.

In April, China’s National Health Commission approved Tan re Qing- a traditional Chinese treatment- made from bear bile, goat horn powder and herbs as treatment for COVID-19 although the practice has been branded cruel by animal advocacy groups.

Still, conservationists hope the new legislation will outlaw cruel and archaic practices involving animals in the traditional system of medicine.

“It will be important for TCM experts, wildlife conservation experts, and relevant authorities to take a look at TCM-related laws and regulations to make sure they are consistent,” Aili Kang, executive director of the Asia Program of the Wildlife Conservation Society told Reuters.

“To strictly forbid the use of endangered species, no matter wild or captive breeding population… is good for both TCM and conservation,” she added.

Share this story to let others know about China’s efforts in phasing out wildlife trade.