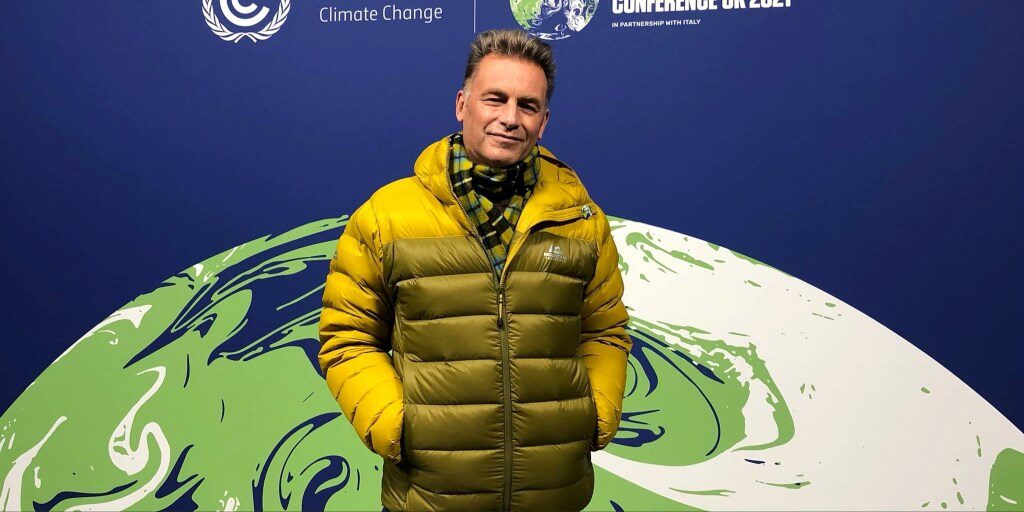 Vegan environmentalist Chris Packham has spoken out about COP26’s failure to make meaningful commitments to save the earth.

Chris Packham has slammed the ‘embarrassing treatment’ of planet Earth at this year’s Glasgow climate summit.

The wildlife presenter and conservationist made the comments at The Vegan Society’s COP26 fringe event.

He headlined the event at Glasgow’s Flying Duck venue which was organized – in partnership with Bluedot – to raise awareness of the Society’s Plate Up for the Planet campaign – an initiative to reduce one’s food-related carbon footprint.

The annual UN Climate Change Conference of the Parties (COP26, came to an end last Friday.

While several nations have pledged to end deforestation, curb methane emissions, and stop public investment in coal power, world leaders failed to cover topics relating to veganism or a plant-based food system, and failed to acknowledge the harm to the environment caused by animal agriculture.

Addressing the sold-out crowd, a charged-up Packham said “We’re just about to trash the earth, and it’s the only planet like it in our universe.

“How bloody embarrassing! In some ways it’ll be good if COP26 fails. Because that will motivate us to be more angry and act more.”

Emphasising on the desperate need to promote plant-based diets, he added:  “We pay less for our food than any other country in terms of percentage of income. People can’t afford to eat properly, and we eat the wrong food.

“The labelling is so poor that we cannot make an informed choice. Red tractor labelling is entirely bogus. We can’t see how much our food has cost the environment.

“Being vegan isn’t a one stop shop to ethical eating. It’s a very significant step in the right direction but we still have work to do.”