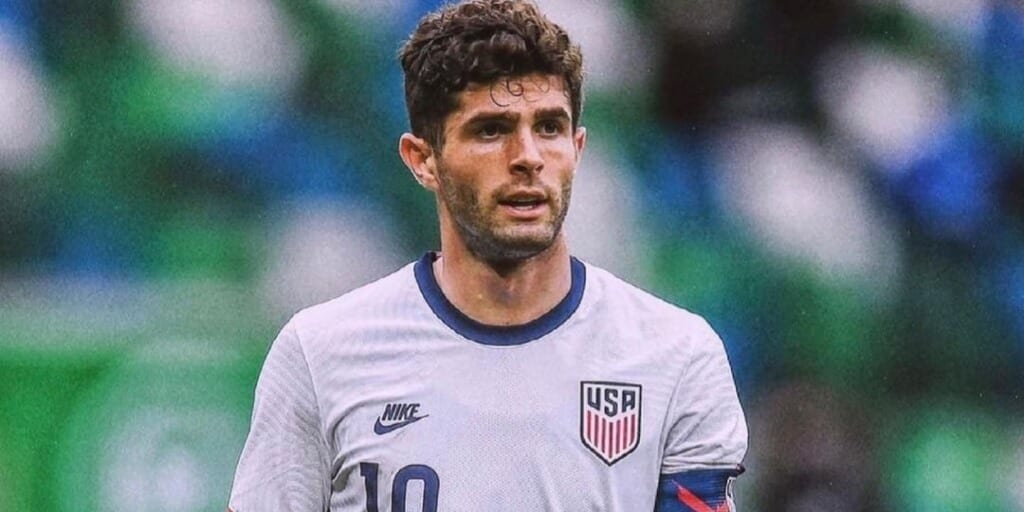 “Abusing a threatened goliath grouper for a social media video is a new low, ”an animal rights group said reacting to the footballer’s viral video.

Chelsea and USMNT midfielder Christian Pulisic has come under fire after posting a video of him doing kick-ups above a goliath grouper in the water whilst on holiday.

In the video posted on social media, the 22-year-old, who is enjoying his time off after winning the CONCACAF Nations League in June, sat on the edge of a boat, showing off his skills with a football.

The large saltwater fish was held on a line below him while someone in the boat said: “Got a Goliath Grouper that Christian caught, and he’s teaching it how to play soccer.”

After a few keepy-ups, the Chelsea star lost his balance and fell into the water. He landed on top of the fish causing the goliath grouper to clearly react in distress.

Pulisic was pulled back into the boat to safety.

“Life flashed in front of my eyes. What a day on the water…,” he wrote alongside the video.

While he was seen laughing in the video after his stunt backfired, Blue Planet Society accused him of ‘abusing’ the marine animal.

The volunteer pressure group campaigning to end the overexploitation of the world’s ocean, posted on Twitter: “Abusing a threatened goliath grouper for a social media video is a new low.”

“Animal abuse. Protected and endangered goliath grouper — imagine if this was a lion or tiger and you’ll get the idea. #FishAreWildlife.”

Animal abuse. Protected and endangered goliath grouper — imagine if this was a lion or tiger and you'll get the idea. #FishAreWildlife https://t.co/Tp62aCBc3w

Many fans also expressed their disgust at the athlete’s callous behaviour.

“Cmon bro, you’re stepping on a PREHISTORIC animal who is critically endangered….show a little respect to it and its environment,” wrote one Instagram user.

“The fish is clearly hurting there, delete this please and don’t hurt animals,” another commented.

“This is animal cruelty at its peak. Not a good ambassador of Chelsea,” a third added.