Climate change is pushing nightingales to the brink of extinction, study reveals 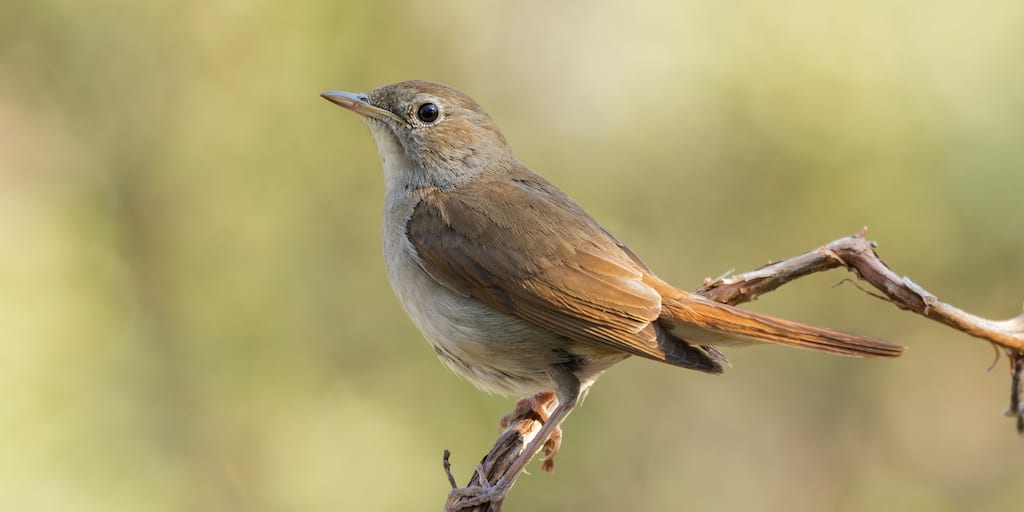 New research has revealed that climate change has forced evolutionary changes in nightingales, which may drive these birds to extinction.

Nightingales are known to embark on a seasonal migration journey from Europe and Asia to sub-Saharan Africa, however a new study published in the journal The Auk: Ornithological Advances reveals that changes in the wingspans of these beautiful birds have made them less likely to survive their annual migration.

Dr Carolina Remacha, lead author of the study and colleagues studied 20 years of data on wing shape and size variation among a pair of common nightingale populations in central Spain.

Here the team found that the average wing size of the nightingales in proportion to their body size had decreased in the last two decades.  According to experts, birds with stunted wingspans find it difficult to complete the return journey.

Analyzing the relationship between wingspan, migration and survival, the team figured that the Earth’s rising temperature has altered the bird’s arrival and laying dates, bringing on other modifications in the birds’ evolutionary patterns.

“There is much evidence that climate change is having an effect on migratory birds, changing their arrival and laying dates and their physical features over the last few decades,” said lead zoologist Remacha in a statement.

Birds are known to adapt to changes in the environment in order to survive and authors of the study suggest that a migratory gene package, which includes a long wingspan as well as a higher resting metabolic rate, larger clutch size, and shorter lifespan are essential traits controlled by a set of genes vital for the birds’ survival.

However, in recent decades, the spring season in Spain has shifted later in the year and droughts have become longer and more intense, which means nightingales have a shorter window in which to raise their young,

So, nightingales to bypass the shorter breeding season, are having smaller clutches (or groups of eggs), and the hypothesis indicates that altering any one trait of the gene package inadvertently affects the other traits, namely shorter wingspans.

However, this ‘maladaptation’ is also reducing the nightingale’s chance of surviving because instead of being useful,  the bird’s response to changing conditions has led to decreased chances of survival.

“If we are to fully understand how bird populations adapt to new environments in order to help them tackle the challenges of a rapidly changing world, it is important to call attention to the potential problems of maladaptive change,” added Remacha.

Nightingales are not the only species facing the heat of climate change. According to the National Audubon Society’s research nearly 66% of North America’s bird species, a whopping 389 different species are at risk of extinction due to global warming.

In a separate study, a team of US scientists reported that around 77% of the Antarctic chinstrap penguin colonies found on the Elephant Island have disappeared over the past 50 years.

Share this article to reveal the impact of climate change on indigenous species.