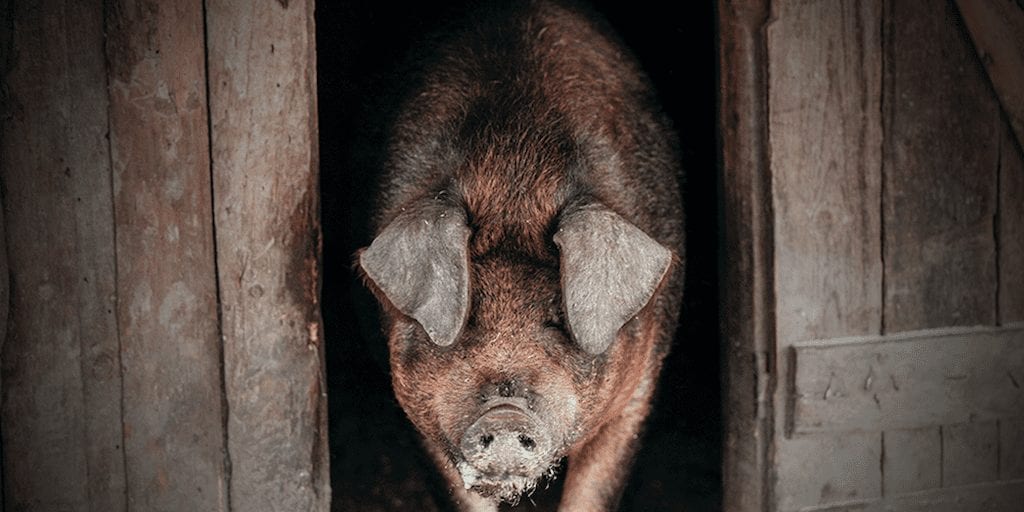 Millions of animals are slaughtered every single day to supply global meat markets, but the slaughterhouse workers who keep factory farms operational are generally kept hidden from public view.

Most people, meat eaters or otherwise, have never set foot in the abattoirs which provide beef, chicken and lamb – and for good reason.

Slaughterhouses are sinister places. Making a living from killing helpless animals must surely take its toll on anyone with an ounce of compassion, and stories are increasingly emerging which give an insight into the lives of factory workers who do the dirty work.

One such account comes from a worker who grew up dreaming of becoming a vet, but ended up in a role which saw them oversee the death of 250 cows every day at a slaughterhouse.

“They are filthy, dirty places. There’s animal faeces on the floor, you see and smell the guts, and the walls are covered in blood,” the worker wrote in a confession on the BBC.

“And the smell… It hits you like a wall when you first enter, and then hangs thick in the air around you. The odour of dying animals surrounds you like a vapour.

“The place affected my mind. As I spent day after day in that large, windowless box, my chest felt increasingly heavy and a grey fog descended over me. At night, my mind would taunt me with nightmares, replaying some of the horrors I’d witnessed throughout the day.”

The key to getting through the role was ‘disassociation’ and to become ‘numb to death and suffering’, they explained.

“Instead of thinking about cows as entire beings, you separate them into their saleable, edible body parts. It doesn’t just make the job easier – it’s necessary for survival.”

The writer explained how workers were brought to tears when gutting pregnant cows and when they had to kill newborn calves.

Scientific research has proven that non-human animals are capable of emotions such as joy, fear and suffering – animals are even now recognised as sentient beings in EU law.

So it’s no surprise that slaughterhouse workers are increasingly feeling the weight of killing helpless, emotional beings.

The problem has been growing for meat businesses. Workers are feeling the strain to such an extent that in 2018 the industry had a meat shortage in the buildup to Christmas because not enough people could handle killing animals anymore.

Since the birth of the internet and social media, there are countless investigations which reveal the brutality of the meat industry.

The conduct of slaughterhouse employees is increasingly under scrutiny, and the word ‘disassociation’ seems to be the key.

Workers have been exposed for sick and twisted incidents – such as in Birmingham where an employee used posed for selfies with a baby lamb’s severed ears on his head.

One study has even revealed a link between a rise in violent crimes in areas where slaughterhouses open.

Unsurprisingly, many farmers and slaughterhouse workers can’t keep it up, and many left their roles and switched to veganism – so many that there’s an entire website dedicated to them.

Could you do it?

Slaughterhouse investigations and stories from workers make grim reading, but they are vital for the promotion of animal rights around the world.

It’s no coincidence that the rise of social media and the internet has coincided with the rapid rise of veganism – as people become more aware of the reality of the meat, egg and dairy industries.

Stories from slaughterhouse workers should make anyone who eats meat ask: “Could I do it? Would I still eat meat if the only option was to kill the animal myself, and have the blood on my own hands?”