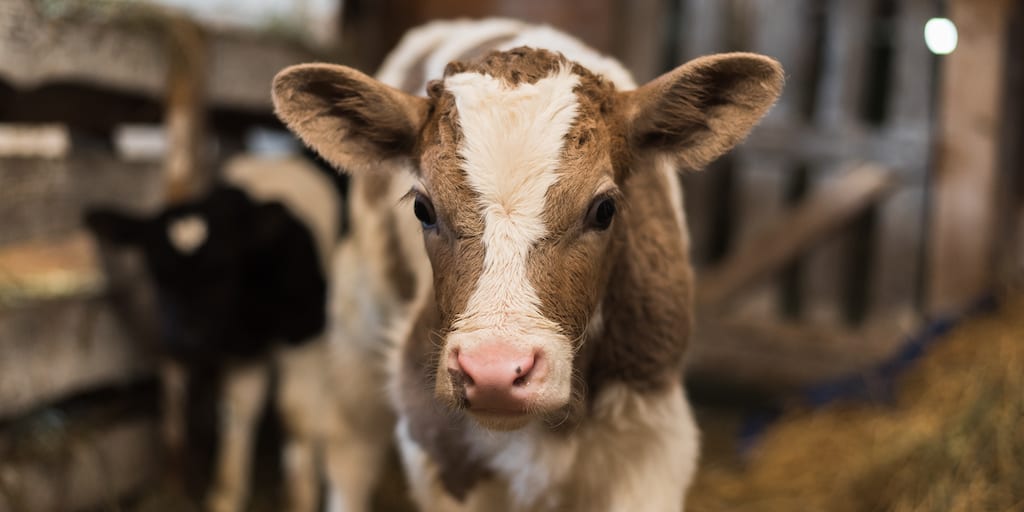 Animal rights activists are calling for the closure of a French slaughterhouse after revealing harrowing footage of conscious young calves bleeding out and cows being brutally abused and killed.

The video is reported to have been filmed at Sobeval de Boulazac slaughterhouse owned by Dutch group VanDrie.

The slaughterhouse, which allocates 30% of its slaughter to Kosher and Halal, has claimed no laws and regulations have been broken.

The grim footage was filmed at a slaughterhouse which kills 3,400 calves every week. It shows cows who appear to be conscious bleeding to death.

L214 has slammed the slaughterhouse, arguing that all cows should be unconscious and completely immobilized before being killed or seriously injured.

The group has demanded the slaughterhouse should be immediately closed on grounds of animal cruelty.

The French Rural Code requires slaughterhouses to keep animals immobilized during the bleeding process, except during ritual slaughter, and to hang them only after stunning or killing them.

L214 has also asked the French Ministry for Agriculture to introduce the use of stunning as a mandatory procedure in all killings.

“Almost all slaughters, whether they’re standard, halal or kosher, are carried out in violation of the regulations,” L214 said.

“We’re launching a complaint against the slaughterhouse and are asking for its emergency administrative closure.”

During the footage animals can be seen flailing around on the slaughterhouse floor while bleeding out. Other young calves can be seen climbing over equipment desperately trying to escape.

One cow is seen hung up and bleeding out while it flails around in clear distress.

On its website the company claims: “For generations, respect for humans and animals as well as quality have been core values by all VanDrie Group companies.”