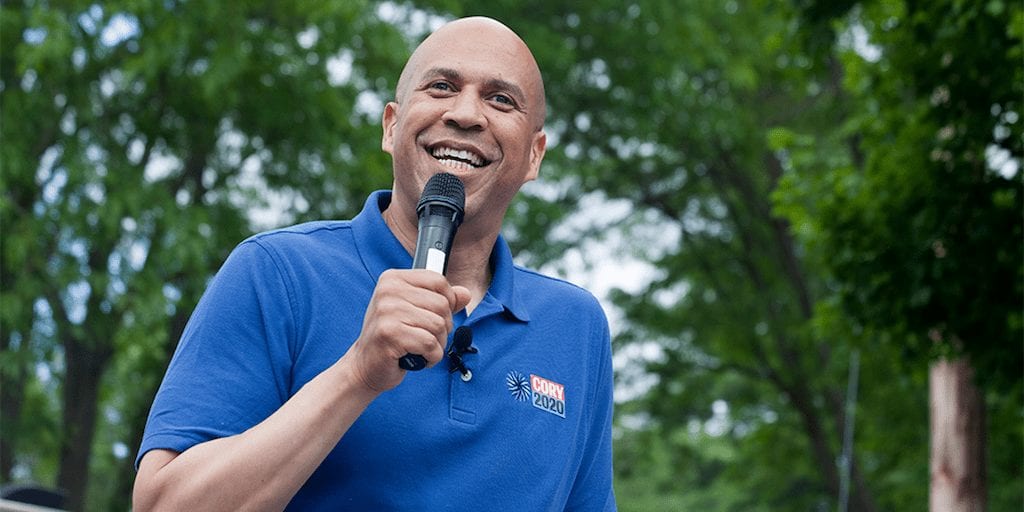 “I can’t wait to get to work on this committee addressing urgent issues and making change for the people of this country.”

New Jersey Senator Cory Booker has become the first vegan senator to be appointed to the Senate Committee on Agriculture, Nutrition, and Forestry.

Booker – who also became only the second Black American to hold a seat on the panel since it was established in 1825 – is known to regularly use his platform to advocate a more equitable food system for humans and animals.

“Our food system is deeply broken. Family farmers are struggling and their farms are disappearing, while big agriculture conglomerates get bigger and enjoy greater profits,” Booker said in a statement.

“Meanwhile, healthy, fresh food is hard to find and even harder to afford in rural and urban communities alike.

“In the richest country on the planet, over 35 million Americans from every walk of life are food insecure.

“I can’t wait to get to work on this committee building diverse coalitions of stakeholders to begin addressing these urgent issues and making change for the people of this country, of New Jersey, and my neighborhood in Newark,” he added.

In the past, the politician has proposed several legislations for agricultural reformation and protection of workers and animals.

Prominent among them being the Farm System Reform Act (FSRA) introduced in 2019.

“As we strive to recover and rebuild, phasing out factory farming should be high on the agenda,” Booker wrote on Twitter.

“These cramped warehouses of livestock are breeding grounds for infectious disease.

As we strive to recover and rebuild, phasing out factory farming should be high on the agenda. These cramped warehouses of livestock are breeding grounds for infectious disease.

Booker has also spoken out about the discriminations faced by Black Americans and most recently introduced The Justice for Black Farmers Act (JBFA) to address racial disparities, protect black farmers’ agricultural lands, support a new generation of black farmers, and implement systemic reforms to help farmers and their families across the US.

“Overtly discriminatory and unjust federal policy has robbed Black families in the United States of the ability to build and pass on intergenerational wealth,” Senator Booker said at the time.

“When it comes to farming and agriculture, we know that there is a direct connection between discriminatory policies within the USDA and the enormous land loss we have seen among Black farmers over the past century.

“The Justice for Black Farmers Act will work to correct this historic injustice by addressing and correcting USDA discrimination and taking bold steps to restore the land that has been lost in order to empower a new generation of Black farmers to succeed and thrive.”

Share this story: Cory Booker is the first vegan senator to join the senate agriculture committee.