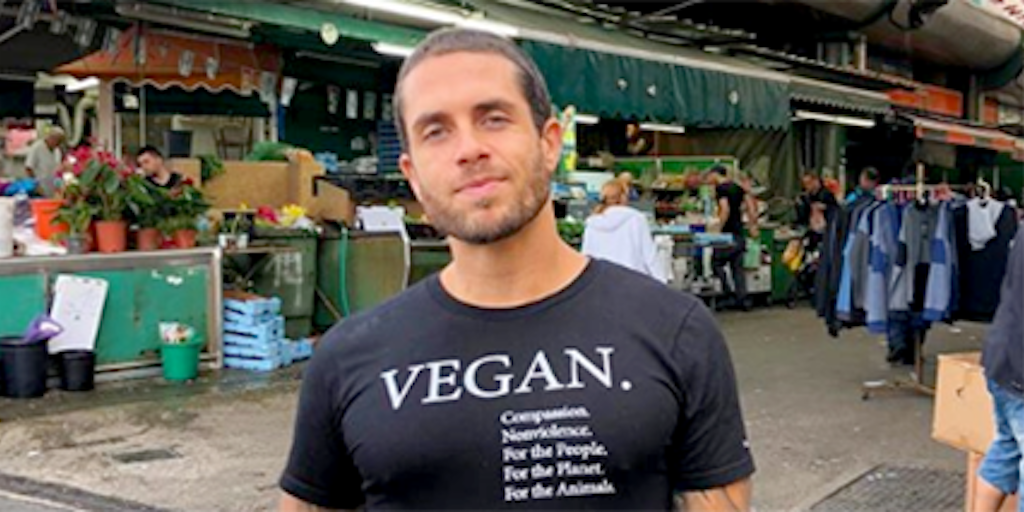 The Australian lecturer gave a speech at a permaculture farm and eco retreat, which was translated into Spanish for the owners.

And the married couple who run the farm were so blown away by Aspey’s message, they’ve decided to completely rethink their business and lifestyle.

Aspey revealed the news on his Instagram page, where he wrote: “Preparing for battle in the Costa Rican jungle. I gave a speech at this permaculture farm and eco retreat.

“The owners have subsequently decided to go vegan which means the animals on their farm will never again be slaughtered.

He continued: “The husband listened to my talk which was translated for him into Spanish and he shared everything he learned with his wife.

“She wrote a 3 page letter to us saying how much her perspective had shifted and that she had always loved animals and hated the slaughter process ever since she was a child.

“She didn’t realise there was a way to live without killing. Now she does.”

Aspey made a name for himself as an animal rights activist when he travelled across Australia, cycling 5000km while he wrote a blog and raised awareness of animal cruelty.

He further came to fame in 2014 when he did not speak for an entire year to protest against the meat and dairy industry.

What do you think of James Aspey’s style of activism? Share your thoughts in the comments below!