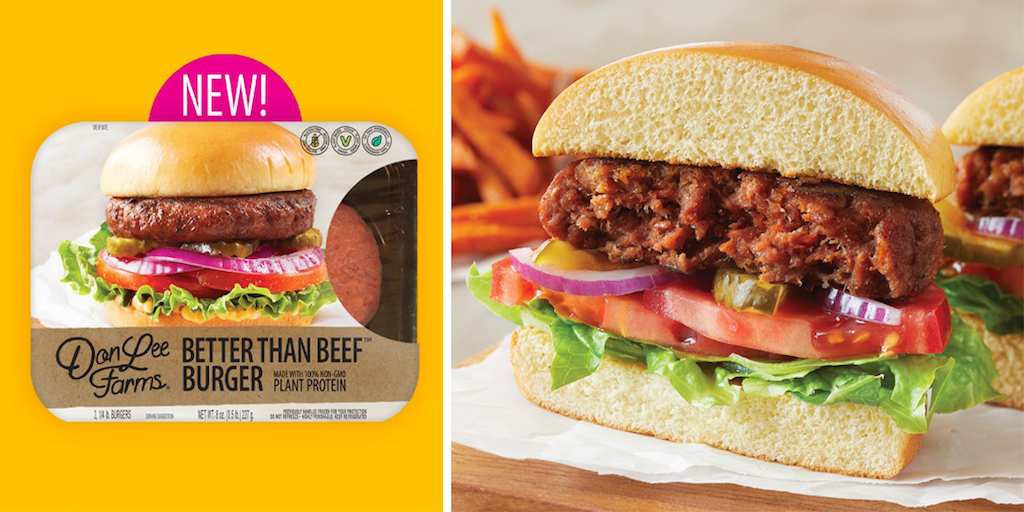 Retail giant Costco has launched a plant based ‘Better than Beef Burger’ which the supermarket says closely mimics the taste and texture of meat.

The big box store has announced a partnership with Don Lee Farms to to release the burger at all of its 770 stores across the US.

Don Lee said the plant based patties are gluten-free, vegan and come in packages of two quarter-lb burgers.

They are a source of non-G.M.O plant protein with lower fat and saturated fat than a beef burger.

Donald Goodman the president of Don Lee Farms said: “The burger has been developed to fill a void for a nutritious and satisfying beef alternative in the plant-based burger market.

“Our new Better Than Beef Burger delivers on the experience and satisfaction of beef’s aroma, texture, flavor and juiciness with the lowest calories, fat and saturated fat on the market.

“This new burger, along with our growing vegan line launched 15 years ago, reinforces our family’s commitment to continuous innovation in plant-based proteins.

“We can’t wait to get this burger in more hands as we expand our brand into retail markets.”

Established in 1982, Don Lee Farms is a California based ‘family-owned food manufacturer and leading national supplier of organic and conventional food products’.

The company was recognized as one of the best veggie burger brands by Women’s Health.

Their new Better than Beef burger follows up to their previous Organic Plant-Based Gluten-free Burger, which was an instant hit with the customers. The company announced it sold 1 million of its plant-based patties in less than 60 days of its launch.

The Better Than Beef Burger will also be sold by Whole Foods Markets, Albertsons Companies, HEB and Publix.

What is the best plant-based beef burger? Share your thoughts in the comments section below!