Cow farmers switch to growing mushrooms: “What we were doing was wrong” – Totally Vegan Buzz
Skip to content

Cow farmers switch to growing mushrooms: “What we were doing was wrong” 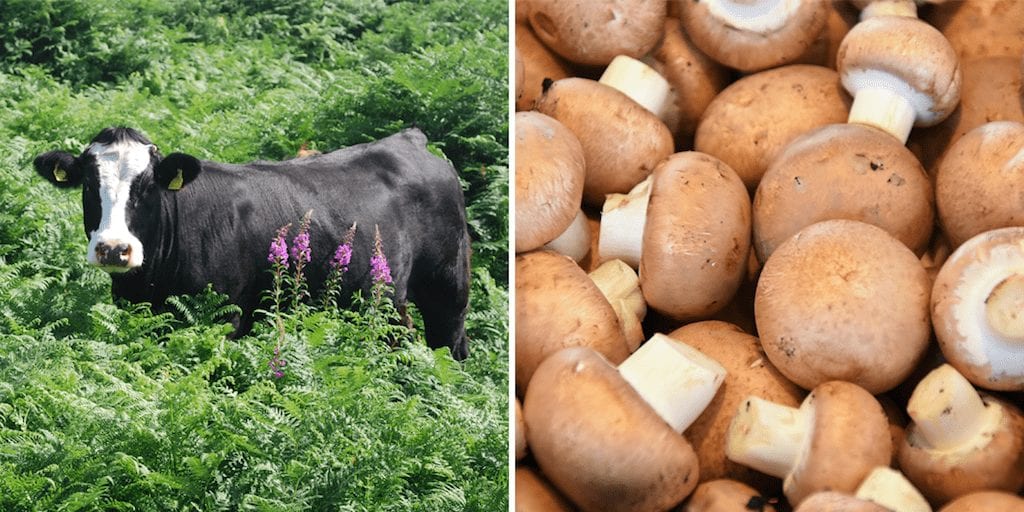 A married couple have ditched animal farming and started growing mushrooms after being overcome with guilt.

Jennifer and Rodney Barrett revealed on Free From Harm that they made a dramatic U-turn after raising cattle and chickens for slaughter for 18 years.

Since 1999 they ran the animal business, but their lives started to change after Rodney was diagnosed with ulcerative colitis.

An elimination diet focussed around veganism sent the condition into remission, and helped Jennifer overcome arthritis, hypertension and depression.

And the experience got the couple thinking about their habits and business.

“When that program was complete, I felt like a whole new person. My mind was so sharp and clear,” Jennifer said.

“I’ve heard that the soul is covered by a thousand veils, and this revelation tore down many of them. I slowly started to realize that what we were doing was wrong.”

The business initially continued to run as usual, but eventually Jennifer said ‘it got dark for me’ and the guilt became too much.

“I started to see the chickens differently. I’d never really looked at them as individuals before, but my heart started to break when I would see their terror and suffering. Suddenly I saw them as birds, not products,” she added.

Now the farmers have turned totally vegan and switched their former meaty farm for a mushroom growing business.

“Our hearts have been opened and we continue to evolve as we embrace our reverence for animals which was for so long repressed,” she added.

The Barrets were assisted in their transition by the Rancher Advocacy Program.

What does this story reveal about the reality of animal slaughter? Share your thoughts in the comments section below!