Cows forced to run through fire at festival in India 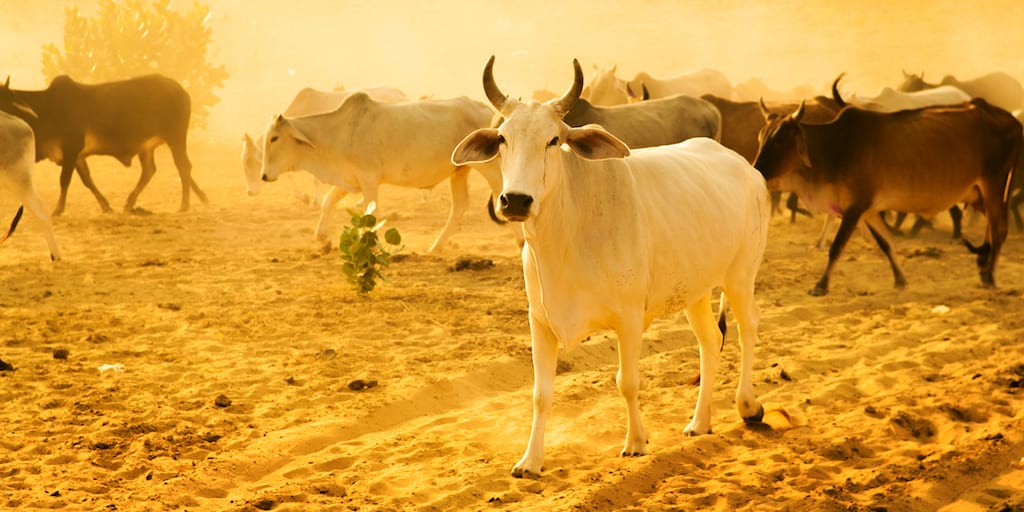 Animal rights activists are battling to put an end to a shocking festival in India in which herds of cows are forced to run through fire.

Videos have emerged of the bizarre ritual in Sompura village near Bengaluru in Karnataka, southern India.

Footage shows animals which are heavily decorated among crowds of cheering onlookers.

During a video which appears to be filmed on a phone, festival-goers line the edges of a street while a group of men set fire to a pile of hay in the middle of the road.

A group of cows then are seen running down the street with other men chasing after them, many of which are holding ropes attached to the cows.

The cows are also wearing bells and antler-like decorations, and onlookers surrounding the animals cheer as they run straight through fires which rise above the crowds.

According to reports the video was taken on January 15 this year and is an annual ritual which is completed on a day dedicated to the Hindu sun God Makar Sankranti.

Activists say the experience would be extremely stressful for the animals, and have called for the event to be banned.

The ritual is known in southern India as Kicchu Hayisuvudu, and events take place in many towns and villages across the region.

The ritual is said to protect onlookers from harm and bring the community good fortune.

Public opinion relating to events such as these is gradually changing in India, and petitions have been submitted to the Supreme Court to make them a thing of the past.

What do you think of the ritual in which cows are forced to run across fire? Share your thoughts in the comments section below!