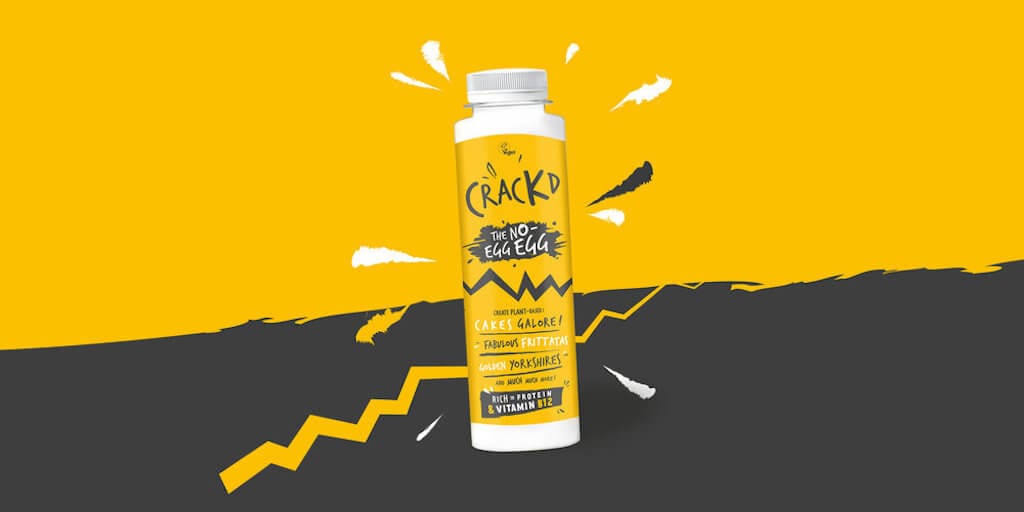 “There had been no choice for a vegan-friendly liquid egg replacement that doesn’t compromise on taste, versatility and ease of use.”

The product  is a result of a collaboration between food development consultants Bingham and Jones and fresh food supplier Noble Foods and is sure to ‘revolutionize plant-based cooking’,

According to the brand, its liquid vegan egg substitute is made with cold pressed pea protein to retain all the nutrients and flavours whilst also being fortified with Vitamin B12.

The versatile egg-alternative can be used for baking both sweet and savoury recipes, and also for making frittatas and omelettes.

As versatile as an egg

“There had been “no choice for a vegan-friendly liquid egg replacement that doesn’t compromise on taste, versatility and ease of use,” the brand said in a statement.

“One reason for this lack of consumer choice is the sheer difficulty of creating a new product with the versatility of eggs… an egg replacement would need to be able to help create anything from fluffy sponges to gooey brownies and even golden Yorkshires”.

Priced at £3.99, the product is slated to roll out into M&S and online retailer TheVeganKind in December.

Share this story to let others know about the UK’s first liquid vegan egg alternative.