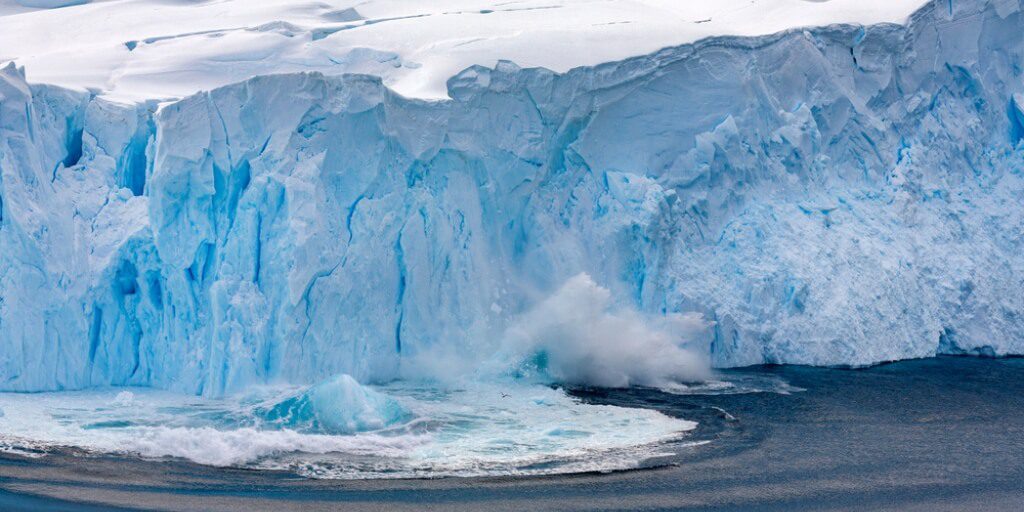 If the Doomsday glacier collapses, it would raise global sea levels by about two feet and expose other Antarctic glaciers to the same melt process.

Scientists have discovered disturbing and alarming signs in one of the ice shelves protecting the Antarctic’s so-called “Doomsday glacier.”

The Thwaites Eastern Ice Shelf (TEIS) buttresses one third of Thwaites Glacier. It acts like a brace that helps prevent the glacier’s total collapse.

However, according to satellite images taken as recently as last month, researchers warn that the critical ice shelf keeping together the Thwaites glacier in western Antarctica could shatter within the next three to five years.

The Thwaites glacier is called the Doomsday glacier because its total collapse would raise global sea levels by about two feet and expose other Antarctic glaciers to the same melt process.

The glacier, which flows into the Amundsen sea off western Antarctica, equals the size of Florida or Great Britain. It loses roughly 50 billion tons of ice each year and currently fuels about 4% of annual sea-level rise.

Rising ocean levels could potentially cause flooding in coastal areas as well as low-lying island nations. These areas are home to millions of people whose lives and properties can be endangered.

Researchers presented their findings on the ice shelf during a virtual press briefing on Monday at the American Geophysical Union’s fall meeting in New Orleans, Louisiana.

They pointed out that warming ocean water as a result of climate change has caused huge cracks to develop in TEIS.

The glaciologists added that as the cracks deepen the ice shelf becomes more prone to surface fractures and could “shatter like a car windscreen” within the next five years.

Citing satellite imagery and other data taken on ice and by boat, the scientists further added that the phenomenon could lead to a number of different scenarios.

If the shelf doesn’t fragment into hundreds of icebergs first, it could become unmoored from the ridge (and therefore the sea floor) and set loose.

Although the eastern portion chipping away only amounts to a relatively small portion of Thwaites, it’s the knock-on effects that could be truly catastrophic.

Scientists fear that an exposed Thwaites could lead to ice cliff collapse. And, once that process begins it could be self-perpetuating, Anna Crawford, a glaciologist at the University of St Andrews noted.

Ted Scambos, a glaciologist at the University of Colorado Boulder and  US lead coordinator for the International Thwaites Glacier Collaboration (ITGC) told CNN: “There is going to be dramatic change in the front of the glacier, probably in less than a decade. Both published and unpublished studies point in that direction.”

“This will accelerate the pace (of Thwaites) and widen, effectively, the dangerous part of the glacier.”

Ella Gilbert, a research scientist at the University of Reading, said urgent action to curb climate change, which is fuelling hot ocean temperatures is needed.

“The polar regions are the canary in the coalmine – they are the symbol of climate change,” she said.

“We really do need to minimise our emissions because if we lose the polar regions, not only are we going to amplify climate change … it will contribute to sea level rise which affects everyone around the globe”.