Dairy farms struggle to survive as demand dries up amid coronavirus 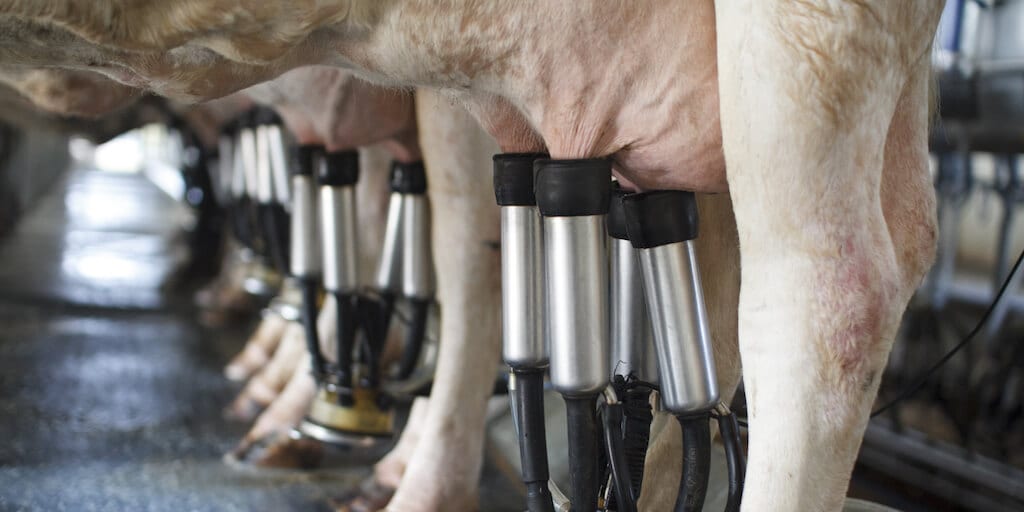 Many dairy farmers are facing major losses following the closure of restaurants and cafes across the country due to the Covid-19 outbreak.

Dairy farmers across the UK are struggling to stay afloat as demand for milk from cafes, restaurants and offices have plummeted following the ongoing pandemic.

While oversupply of milk has reduced  prices down to 15 pence per litre, no demand  in some parts of the UK, has led to  many farmers pouring  gallons of milk down the drain.

Reports estimate that over 300 dairy farms, which produce around 1 million litres of milk a day, are being affected by the ongoing crisis.

“We have about 25 per cent whose businesses at this moment are not viable,” said Chair of the National Farmers Union’s dairy board Michael Oakes.

‘Hit by an atomic bomb’

According to Dairy Farmer Steven Bates, the dairy industry has been ravaged by the virus.

“So all the restaurants, cafes and so on will all use milk. Suddenly, certain parts of the industry have disappeared overnight,” he told Liverpool Echo.

“The way it works is farms sell milk to dairies who sell to restaurants and cafes, and the lockdown has hit that trade like an atomic bomb.

“There are dairies where the majority of trade has gone and their business has gone down the pan overnight.”

“In the long term this is going to be negative, very very negative. The biggest problems will not be what we are facing now, but there is going to be a big, big recession. It could be devastating for the milk industry,” he added.

While the Scotland’s farmers’ union has urged people to drink more milk, the Royal Association of British Dairy Farmers (RABDF) has called for short-term government initiated financial support to prevent the sector from collapsing.

According to RABDF, without financial aid, some farmers may have to cull thousands of cows, which could further disrupt the supply chain when normalcy returns.

“This scheme will ensure both short-term and longer-term food security and ease the stress on the industry,” said RABDF Chairman Peter Alvis in a statement.

“Removing the excess distressed milk from the marketplace will help to stabilize the current spot price without causing long-term market distortion.

“It will also allow those affected dairy farmers to continue to pay for invoices for farm inputs to the wider local/rural supply industry beyond the farmgate and will prevent extra cows being culled which will exacerbate the problems in the beef supply chain.”

While the ongoing pandemic has thrown an unexpected spanner in the works, the global dairy industry was already plagued with a drop in sales before the outbreak.

Statistics released by the Dairy Farmers of America revealed the dairy industry had plummeted by $1.1 billion in 2018.

Analysis put it down to the growing popularity of plant milks and an increasing volume of studies that implicate dairy for several diseases including cancer.