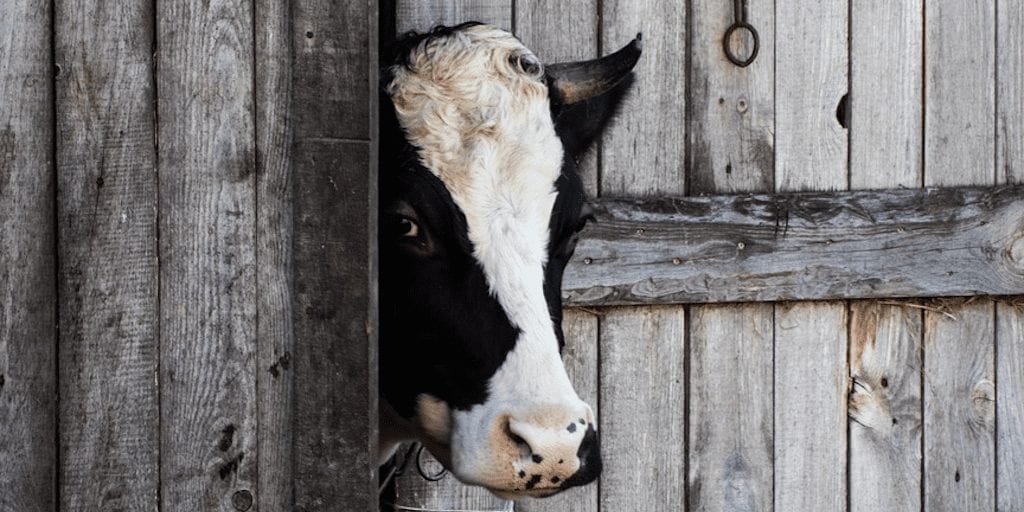 The rapid rise of plant based milk had a huge impact on the dairy industry last year, after latest figures revealed the industry plummeted by $1.1 billion in 2018.

Statistics released by the Dairy Farmers of America found the industry to be worth $13.6 billion in 2018 compared to $14.7 billion the year before.

That’s equivalent of an eight percent drop for an industry which seems doomed to shrink drastically due to the rise of veganism.

The DFA played down the impact of veganism and lure of plant-based milk on the figures, complaining that low milk prices are to blame.

But on the flip side, plant-based milk brands are thriving as sales of alternatives have grown by 61 percent in five years in the US.

Companies such as Oatly have seen an incredible rise in demand and even suffered from shortages as veganism booms beyond all expectations.

The milk industry has reacted by trying to ban the name ‘milk’ or ‘cheese’ for dairy-free alternatives. Some senators have reintroduced legislation to implement the ban.

Michele Simon—executive director of 130-member lobby group Plant Based Food Association, told VegNews: “In an era of increasing innovation in the food industry, this legislation would send a chilling message to small and emerging businesses: The marketplace is rigged against you in favor of large and powerful special interests.

“This mean-spirited bill would harm innovative plant-based food companies that are growing rapidly, providing new, great-tasting options for consumers. This bill would declare the free market dead with the promotion of protectionist policies pushed by dairy-state politicians and their lobbyists.”

The dairy-alternative industry is estimated to be worth $17.3 billion globally and predicted to reach $29.6 billion by 2023.

What do you think of plummeting milk sales? Tell us in the comments section below!