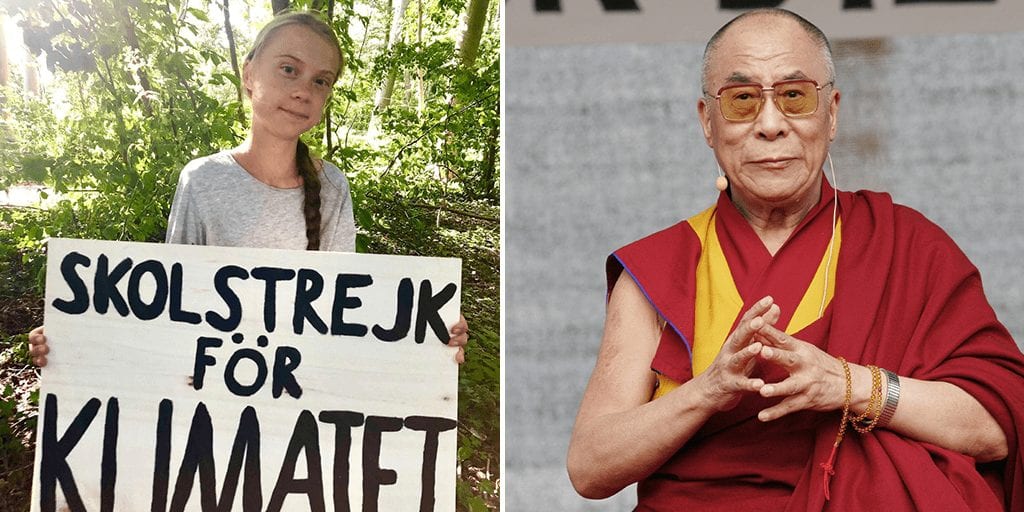 The duo along with leading scientists will discuss the climate crisis and steps for addressing this urgent challenge.

In an upcoming event, the Dalai Lama and Greta Thunberg are teaming up to discuss issues that are accelerating global warming.

The two climate advocates along with leading scientists will gather to address the question: “What can be done to slow down this threat before it’s too late?” on 9th January, 2021.

The special live stream event will be free and is being organised by the Mind & Life Institute.

The discussion will be moderated by Diana Chapman Walsh, Senior Advisor to Stanford University’s Center for Innovation in Global Health and will revolve around a new series of educational films, “Climate Emergency: Feedback Loops,” narrated by Richard Gere.

According to the institute’s website while the effects of human-induced climate change have set into motion self-perpetuating feedback loops, the upcoming event will highlight recent scientific findings along with the moral imperative of taking action so that we can collectively help slow, halt, and even reverse the devastating impact of climate feedback loops.

Other notable figures participating in the event include Susan Natali, Arctic Program Director at the Woodwell Climate Research Center, and William Moomaw, Professor Emeritus of International Environmental Policy at Tufts University and the lead author of several reports for the Intergovernmental Panel on Climate Change (IPCC).

Our Only Home: A Climate Appeal to the World

The event follows the recent publication of the Dalai Lama’s latest book, Our Only Home: A Climate Appeal to the World, in which he praises Greta Thunberg and other young climate activists for their commitment the environment and their efforts to effect positive change

However, according to Dalai Lama,  world leaders need to act on the Paris climate agreement to implement change.

In an interview for Channel 4 News and the Guardian, last month,  the Buddhist spiritual leader said: “The United Nations should take a more active role in this field.

“The big nations should pay more attention to ecology. I hope you see those big nations who spent a lot of money for weapons or war turn their resources to the preservation of the climate.”

You can register for the live stream here.