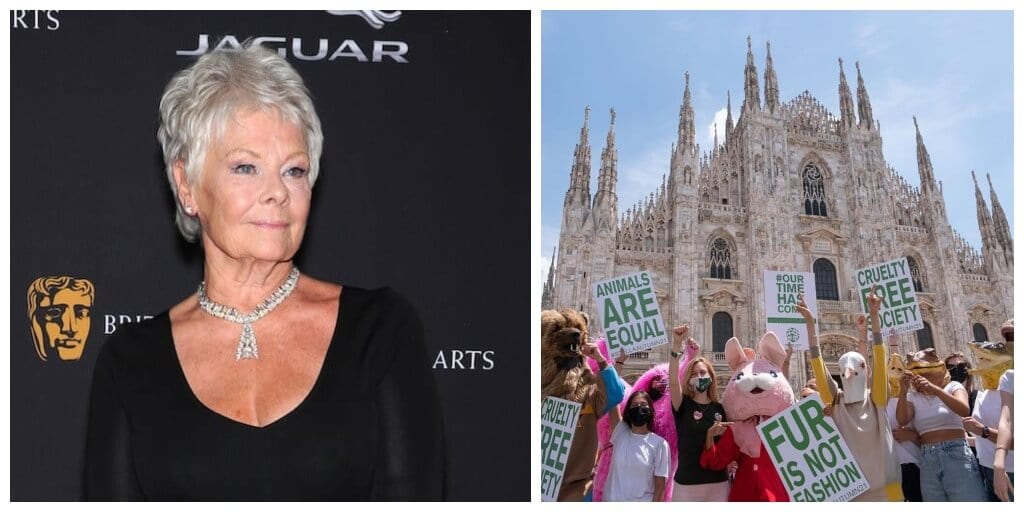 Iconic British designer Stella McCartney has been joined by a host of fellow celebrities and influencers to call for a global end to the fur trade.

The move builds on the ‘Our time has come’ campaign, which launched as part of McCartney’s Autumn 2021 and is in partnership with global animal protection organisation Humane Society International (HSI).

Stella McCartney also recently staged protests in London’s Piccadilly Circus and Duomo di Milano in Italy for the same cause.

The campaign is to get more people to sign HSI’s petition that calls for a definitive end to the ‘cruel’ practice.

In one video, Dame Judi Dench disguised a bird is heard saying: “Every year, 100 million animals are bred and killed for their fur to supply to the fashion industry.

“I’m Judi Dench and I’ve long been an advocate of animal rights. Please will you join Stella McCartney and me and sign a petition? Don’t let them use fur. Please join us.”

In another video, Stella wore a bunny costume to encourage her followers to sign the petition. Sir Paul McCartney also appeared in the video to reinforce the message.

According to Stella McCartney, her brand – which has always been fur-free – has saved lives of 60,000 animals by not using animal fur, leather, or feathers.

“So we’re thrilled to be working with her, and to have the support of so many compassionate celebrities, to magnify the message that the age of fur fashion is dead.”

Consumer taste for fur is rapidly receding. 72% of Brits support a ban on the import and sale of fur and a further 93% are against wearing animal fur,

The British government has also launched a Call for Evidence to consider the case for a UK fur import and sales ban.

Bass added: “As the UK government considers our call for a ban on the import and sale of fur from animals who have suffered overseas, this light-hearted campaign sheds light on a serious subject – the terrible and needless cruelty that is stitched into every fur garment.

“The vast majority of Brits agree that the time for a #FurFreeBritain is now, and Stella McCartney is a fantastic example of how British brands can lead the world in delivering compassion in fashion.”