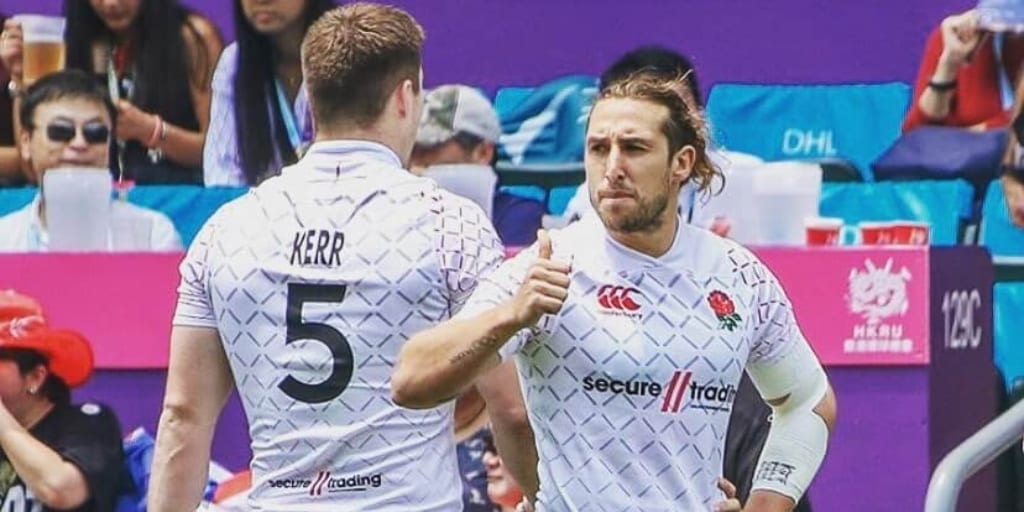 “I showed that I stopped eating meat and I was in the exact same shape. I was leaner but I was just as strong.”

A top rugby player says he is ‘in the exact same shape’ and has suffered no negative effects from following what he describes as a “plant-focused” diet.

Team GB Olympic silver medallist Daniel Bibby switched to a vegan diet more than three years ago and emphasises that his change of diet, which replaces all meat-based proteins with tofu, beans, nuts, salads and plant-based protein shakes, has not impacted his performance in the least bit.

“I think people were maybe a little bit worried that if they didn’t get enough protein, it would affect their performance,” Bibby said.

“I showed that I stopped eating meat and I was in the exact same shape. I was leaner but I was just as strong. My speed actually increased, but we couldn’t prove that was because of my diet.

“It didn’t impact my strength in the gym or my speed on the pitch, or my ability to recover. As long as it didn’t affect my performance, there was no need to change what I was doing.

“They [the nutritionist] monitored my weight because there are a lot less calories in plant-based food than in meat. They were supportive but they offered advice on why it was easier to eat meat. But I feel like the right choices aren’t always easy.”

‘Best chance for the future’

According to the Telegraph, the Wigan man decided to transition to a plant-based living in order to give histwo young sons, Jasper and Jude, their ‘best chance for their future.’

“I have always been quite environmentally aware and I started to read about the impact that meat was having on the planet,” Bibby said.

“Having the kids made me think, ‘Am I giving them the best chance for their future?’ ”

Commenting on the perception that meat is necessary for rugby players to bulk up, the 29-year-old said: “When I was 18, 19, it was drilled into me to eat endless chicken breasts and pasta and lots of eggs. Everything was ‘you need protein, protein, protein’.

“If anyone goes outside that norm, it is like anything, it is like social conformity, and if you don’t conform to the norm you are seen as very odd and different. Especially with the rugby culture, which is very macho.”

Bibby has also tried encouraging his team mates to consider plant-based diets by promoting “meat-free Monday” and has been partially successful.

“I didn’t feel like I was being pushy, I felt like I was trying to educate them on things like if you eat one less meat meal a week, it will impact the environment massively and reduce global warming,” the rugby player said.

“Having one less steak a week won’t affect your performance. I tried to get the whole team on board and some people did. And others were ‘it’s my choice’.”

Bibby wants to continue advocating a plant-based lifestyle for his health, children and the planet. “I want to know that I can look back in 20 years and say to my kids, ‘I did my best to give you the best environment’. Even if it turns out rubbish, I can say I did my best,” he said.