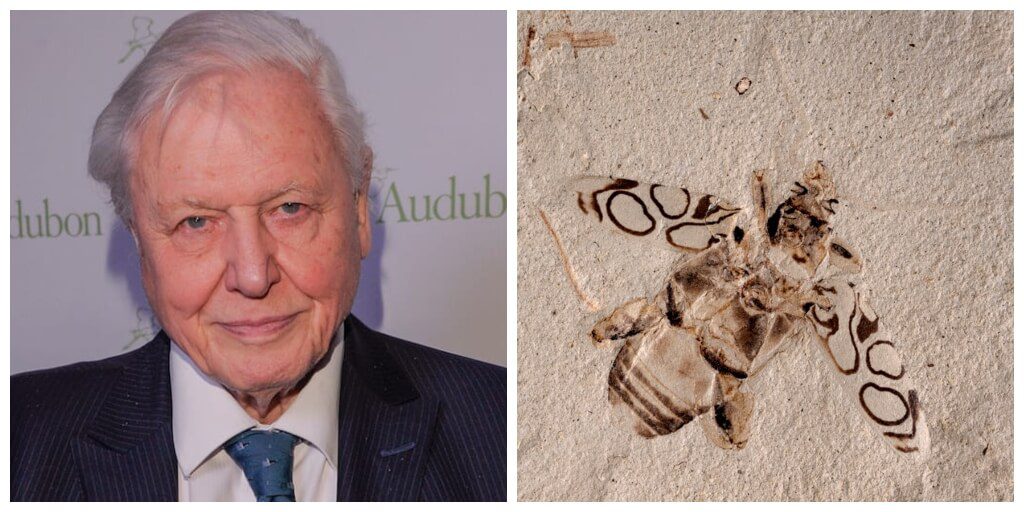 “This fossil, unique in its preservation and beauty, is an apt specimen to honour such a great man.”

Sir David Attenborough has been honoured in the naming of a new beetle species believed to have lived 49 million years ago.

The fossil has been on exhibit inside the Denver Museum since 1995.

It was discovered in the Green River Formation in Colorado.

The species was first mistaken for a longhorn beetle. But the beetle’s intricate wing casing patterns did not match the characteristics of other longhorn beetles.

This led scientists from Denver’s Museum of Nature & Science Senior and the National Museum of Natural History of Luxembourg Invertebrate Zoology Collections Curator to use computer animation and create a 3D model of the bug while it was alive.

They found that its back legs were crooked and hind shins were curved, which led them to identify the specimen as the frog-legged beetle.

The findings are published in the latest issue of the scientific journal Papers in Palaeontology.

Frank Krell is a senior entomologist at Denver Museum of Nature & Science and the lead author of the study. He said: “This is one of the most magnificent beetle fossils ever found.”

“The patterning is preserved in unsurpassed clarity and contrast, making this one of the best-preserved beetle fossils. It is most definitely deserving of its name.”

Francesco Vitali, National Museum of Natural History of Luxembourg Invertebrate Zoology Collections Curator, added: “I was delighted to have the opportunity to work on such a magnificent and unique fossil.”

While identifying this specimen was challenging, the scientists had to also decide on a genus and a species name, since the fossil did not fit in any existing frog-legged leaf beetle genera. They chose the name Pulchritudo, which is Latin for beauty.

It is also common practice for zoologists and botanists to dedicate new species to colleagues who have contributed significantly to the field, or to personalities that inspire them.

And that was Sir David Attenborough for Krell.

“Nobody imparts the grandeur and beauty of nature more impressively than Sir David. This fossil, unique in its preservation and beauty, is an apt specimen to honour such a great man,” he explained.

This isn’t the first time a species has been dedicated to the famed naturalist.

There are at least 20 species and genera of plants, butterflies, spiders, weevils, shrimp, snails and more named after Attenborough.