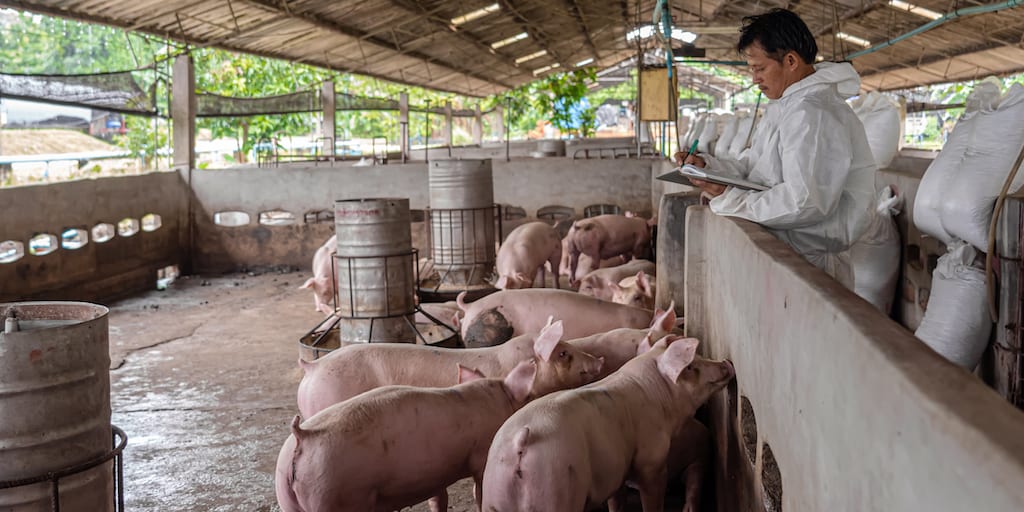 Bali authorities have confirmed that the deadly African swine fever (ASF) has killed 888 pigs on the Indonesian island sparking fears of another coronavirus like situation.

Even as China is grappling with the coronavirus that has killed over 636 people and infected up to 31,161 in the country, the Philippines confirmed the outbreak of another deadly virus in pigs.

“Yes, the deaths were due to African Swine Fever, the lab results for it came out positive,”  Ida Bagus Wisnuwardhana, head of Bali’s agriculture and food security agency told The Jakarta Post.

According to agriculture secretary William Dar, pork smuggled from China could have led to the outbreak in the Philippines, however, Wisnuwardhana said the outbreak was triggered by farmers feeding leftover and uncooked food to the pigs.

“We suspect that those pigs were infected by ASF because many farmers gave them spoiled leftovers and raw food material from hotels without cooking it first,” he said.

According to the World Organization for Animal Health (OIE), ASF is a highly contagious and a deadly viral disease affecting both domestic and wild pigs.

The virus can spread from live or dead pigs, as well as pork products.

There is no approved vaccine for ASF.

The virus is highly resistant and can remain viable and infective for several weeks or months in a contaminated feed.

It can also spread via non-living objects, including shoes, clothes, knives and vehicles.

Although the virus is a deadly infection affecting pigs, it is a non-zoonotic disease unlike the coronavirus, which means it is not transmitted to humans.

“It cannot be transmitted to humans through contact with pigs or pork.”

ASF has killed at least 50,000 pigs in North Sumatra since the first case was detected in December 2019.

The virus has now been recorded in 50 countries including Asia, Africa and Europe, with millions of animals dying, and others being culled to stop the virus from spreading.

What do you think of the African swine fever outbreak? Share your thoughts in the comments below!