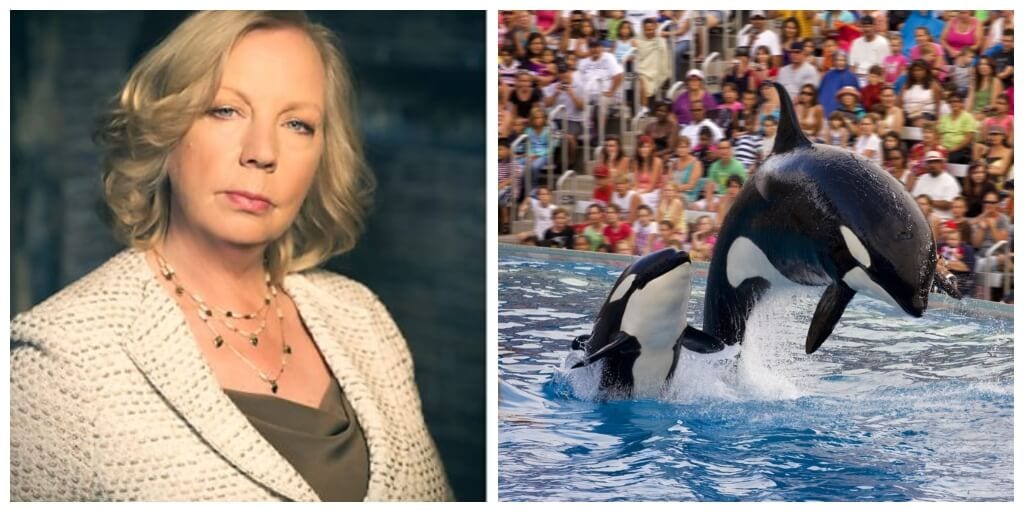 The leading entrepreneur and TV personality says “whales and dolphins, whether wild-born or captive-bred, do not – and cannot – thrive in captivity.”

The highly successful entrepreneur has written a letter on PETA’s behalf to ABTA to urge UK’s largest travel association to stop promoting SeaWorld, which confines sensitive cetaceans in unnatural conditions.

The association already lists direct contact between elephants and tourists as an unacceptable practice in its itineraries and the push is to get cetaceans included as well.

“The more we learn about these complex and highly intelligent animals, the more abhorrent their captivity for human entertainment looks,” Meaden wrote.

“The evidence is clear: whales and dolphins, whether wild-born or captive-bred, do not – and cannot – thrive in captivity.”

Meaden, who has long advocated for animal welfare, took the plant-based plunge in 2020.

Lat October, in a post on Twitter, the star replying to a fan who ‘wished’ Meaden would ‘walk the walk’ by ditching animal products said: “And as if by magic… ta da !! I have gone plant-based.

When questioned about her Vitamin B12 levels, Meaden replied: “I get mine from Oat drink, fortified cereals, marmite and yeast and have blood tests and my nutrient levels are good so I’m guessing ok.”