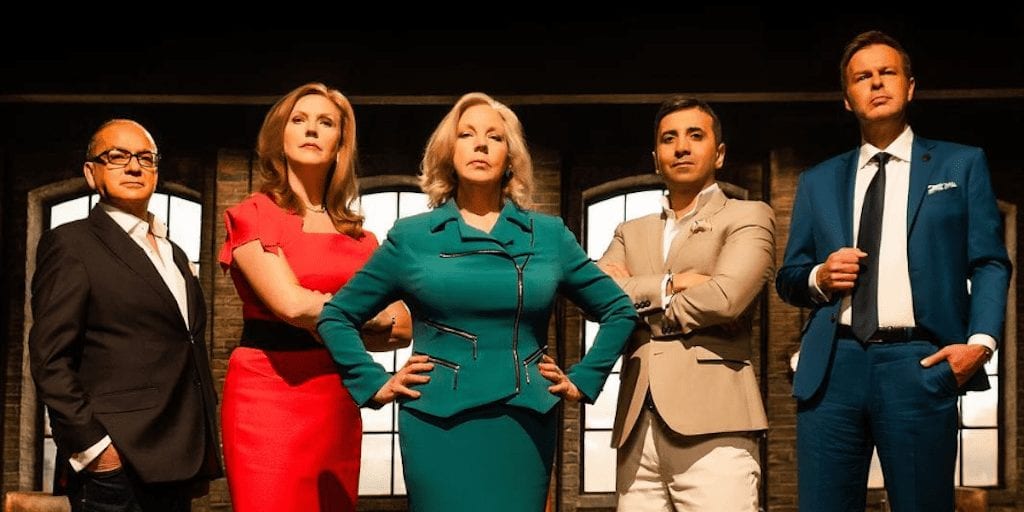 Businesswoman Deborah Meaden has rejected a pitch on UK TV show Dragons’ Den on the grounds that the product was not vegan, and therefore does not cater for a rapidly growing market.

The pitch for protein bar Oatein seemed to be going well for a duo of entrepreneurs until the details of the ingredients were discussed.

In the episode aired yesterday (January 27) Meaden asked: “You say they’re halal, so what are the animal derivatives?”

The hopeful businessmen explained the bars contain ‘bovine’ derivatives, and are therefore not vegan.

This was enough to put the Dragon off investing, who explained she’s ensuring she invests in only vegan products.

“I’m moving towards veganism,” she explained.

Meaden has an estimated net worth of £40 million, having made her fortune running a family holiday business.

In 2017 she tried to buy a stake in vegan snack bar company LoveRaw on the show, but the owner rejected her offer.

Entrepreneur Rimi Thapar was looking for a £50,000 investment for a 5% stake, but Meaden’s demands for 30% ownership were dismissed.

Meaden may not be vegan, but is clearly conscious of her consumption of animal products. In September she tweeted: “I’m an omnivore but I eat very little meat or fish and only free range.” 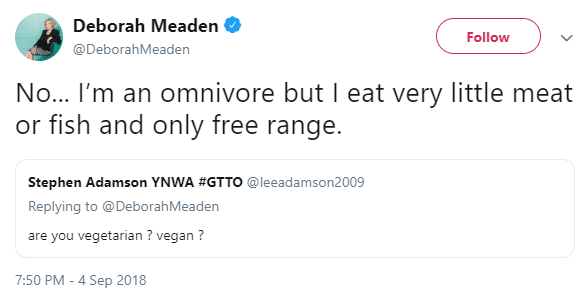 And in April the Dragon reacted to news that supermarket Sainsbury’s was introducing ‘touch-free’ meat packaging.

“Seriously? If you can’t touch it don’t eat it! How far removed have we become from our food source,” she wrote. 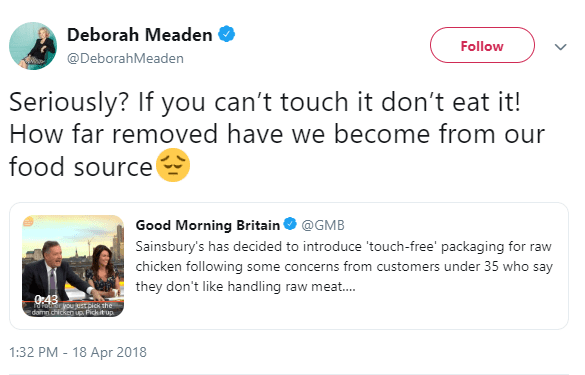 And the businesswoman has also voiced her distaste for fur on social media.

In 2013 she tweeted: “Never understood people with pets who say they care about animals but wear fur. The Fur trade is very dark and cruel indeed.” 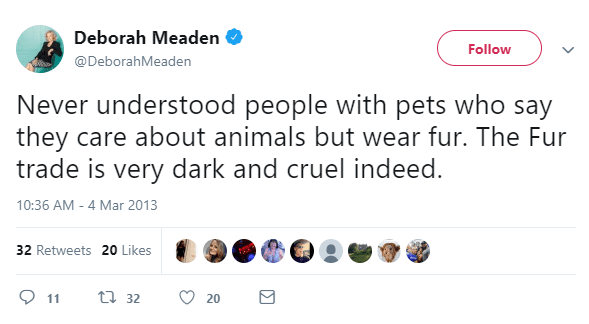 What do you think of Meaden’s decision to reject a non-vegan brand? Tell us in the comments section below!