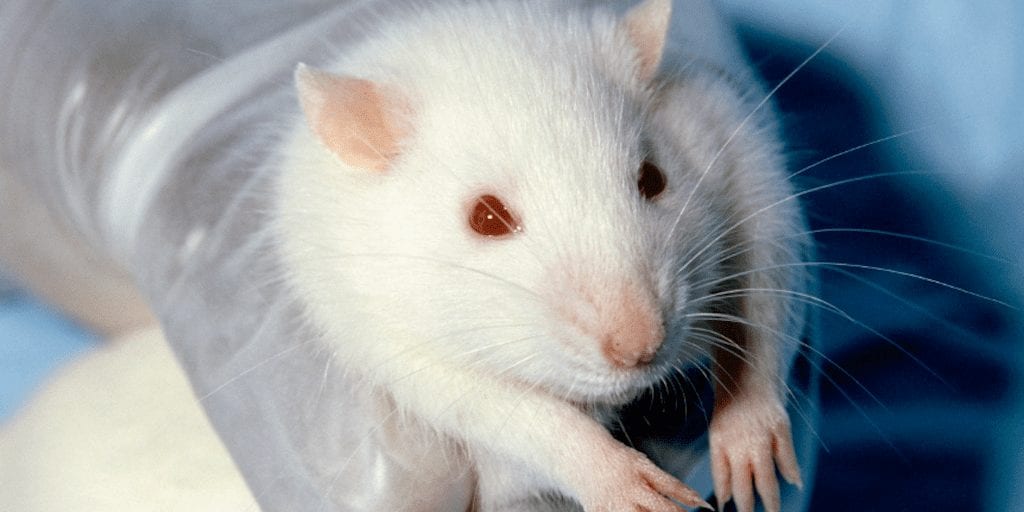 A leading mouse genetics lab has been shut down in the UK. Image: Janet Stephens/ Wikimedia Commons

A toxicology expert has branded animal testing as ‘yesterday’s science’ after a leading UK mouse lab was shut down.

This week the Medical Research Council (MRC) decided its huge testing centre, the Harwell Institute in Oxfordshire, should end all research projects due to the ‘changing scientific landscape’ around animal tests.

Toxicology expert Dr Lindsay Marshall, who works in partnership with Humane Society International, told Totally Vegan Buzz that animal testing must become a thing of the past.

“Closure of of this mouse genetics centre is a sign of decreasing demand for animal testing,” she said.

“It also reflects the growing recognition that outdated animal ‘models’ have major scientific limitations which are undermining our ability to discover effective treatments and cures for human disease, making research centres focused on animal models increasingly perceived as yesterday’s science.”

Critics of the decision to close the Harwell Institute argue it will undermine crucial research into genetic diseases including diabetes, neurodegenerative disease and child deafness.

But Marshall claims there are more effective methods available which would avoid cruel tests on animals.

“Investment in biomedical research in the UK is essential, but the focus must continue to shift towards modern, innovative, human-relevant approaches that are more predictive of human disease,” she told TVB.

The Harwell Institute is home to the Mammalian Genetics Unit which maps how disease and disorders, such as infertility, are affected by genetics.

Researchers are expected to drop their current research and be dispersed to universities and research centres around the country.

Robin Lovell-Badge, a geneticist at the Francis Crick Institute in London, labelled the decision ‘ridiculous’.

“I am dismayed at this decision. The mouse genetics research that has been carried out at Harwell had been world-leading,”  he told the Guardian.

What do you think of the decision to close the Harwell Institute? Share your thoughts in the comments below!