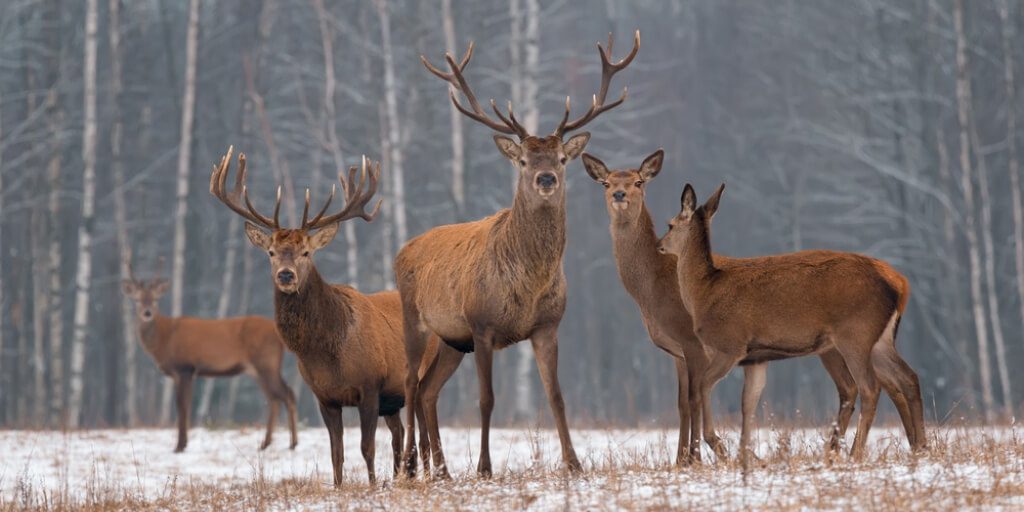 The new findings are alarming and highlight the ‘grave’ fact that deer are capable of becoming new hosts for COVID. Not only could this easily infect other wildlife species, but also, more worryingly, it could spill back to humans.

According to recent studies, humans have infected the free- range wild deer with Covid-19 in a handful of states including Texas, Ohio, Iowa, Michigan, Pennsylvania, Illinois and New York.

Previous studies have shown the coronavirus can be passed from humans to domestic and captive animals including cats, dogs, zoo animals and, most notably, farmed mink. But, until now, the disease had not been shown to spread in wildlife species.

The new findings are alarming and highlight the ‘grave’ fact that deer are capable of becoming new hosts for COVID. Not only could this easily infect other wildlife species, but also, more worryingly, it could spill back to humans.

In a peer-reviewed Ohio State University study published last month in Nature, scientists swabbed the nostrils of white-tailed deer and found that humans have spread the coronavirus to the animals on at least six separate occasions.

35.8% of 360 free-ranging deer tested positive through nasal swabs. The researchers were able to culture the virus for two samples, meaning they could grow live virus.

Moreover Andrew Bowman, an associate professor of veterinary preventive medicine at Ohio State University and co-author of the study added that they “got evidence we have deer-to-deer transmission occurring,” after reviewing genetic relationships among viruses from 14 deer.

The researchers also found six mutations in deer not common in people.

About one-third of the deer sampled had active or recent infections. Similar research in Iowa of samples collected from 151 free-living and 132 captive deer found the virus in 80% of the cases.

A separate study found antibodies in 40% of deer that were tested from January to March 2021 across Michigan, Pennsylvania, Illinois and New York state.

The studies point to a number of things. Firstly, the coronavirus could be taking a hold in a species that numbers about 30 million in the US – and are among the most abundant large mammals in the country.

Secondly, the widespread, sustained circulation of the virus in deer could represent a risk to people if mutations in deer create a new variant.

Furthermore, wild animals harboring the virus could also retain variants that are no longer circulating among humans now and allow them to return later.

Suresh Kuchipudi, a virologist at Pennsylvania State University said: “The sheer possibility that these things are happening and it’s unknown makes this very unsettling.

“We could be caught by surprise with a completely different variant.”

Another troubling aspect is that researchers cannot pinpoint how the deer are becoming infected or whether the virus will persist in the species.

“If they’re maintaining the virus, that’s a whole other host we need to be looking at for future variants to assess whether current vaccines will be affected and how we need to control spread,” said Bowman.

Moreover, in a scenario some scientists consider unlikely, the virus could recombine with other coronaviruses already established in deer to create a hybrid virus.

“There are endemic coronaviruses in animals, some we know and many we don’t know,” Kuchipudi said.

“Recombination could give rise to a completely different variant that can be very different from the parent virus, and it could have altered abilities.”

While researchers haven’t found any evidence of  the virus moving from deer to people or discovered a new variant in deer alone, scientists warn the possibility cannot be ruled out.

Tom DeLiberto is the assistant director of the National Wildlife Research Center. He said: “The greatest risk to people still remains transmission of the virus from person to person.

“Could that change later on? Absolutely, and that’s why we’re doing these things to get a handle on what’s happening to deer.”